What you find with drugs is they bring about many undesirable situations for the user; whether that be the agonizing effects of addiction, a life that is deteriorating, failing relationships or even a severe virus such as HIV. For Indiana, the outbreak of HIV is showing citizens how real the dangers of drug use is.

Austin, Indiana is leading the nation in the most outbreaks of HIV. CDC Director Tom Frieden stated "They've had more people infected with HIV through injection drug use than in all of New York City last year." He also goes on to explain that the 4,200 person town has a higher per capita rate of HIV infection than any country in sub-saharan Africa.

So far, the outbreak of HIV from drug use has reached 153 confirmed cases in this small rural town. The cost to help all these people is close to $100 million. Other states, with good reason, are worrying about their towns as well. It would be no surprise if this epidemic were to spread further than one town in Indiana.

Although there are cases of HIV all over the world, there has been no other outbreak as large as the one that the town of Austin, IN is experiencing now. Many struggle with poverty and addiction and together those odds are in all likelihood what got this town to where it is now.

Most of the federal money for HIV awareness, prevention and care is aimed towards cities, where HIV is common. In 2013, a study was done from the South Carolina Rural Health Research Center and what they found was that 31% of all urban counties have a medical provider funded through the federal Ryan White program. This program was set up to help care for and provide services for those who re dealing with AIDS. They also found that of all rural counties, only 5% had the program and services to help those living with AIDS.

The abuse of the painkiller opana is said to be the start of the outbreak. Most cases are due to sharing used needles while a few others are sexually transmitted. Either way, the outbreak has potential to spread further than just Austin.

Knowing how to prevent getting and transmitting HIV is a crucial piece of information, addict or not.

How is HIV spread?

How to prevent spreading or getting HIV?

The symptoms of HIV are flu-like symptoms which will occur during the first 2-4 weeks after being infected. However, not all people who are infected with HIV experience these symptoms.

These symptoms can last anywhere between a couple of days and a couple of weeks. Even if a person has been infected with the virus, it doesn’t always show up on an HIV test. Knowing these things can help with the further spread of HIV/AIDS.

If you think you have HIV, get tested. “More than 1.2 million people in the United States are living with HIV infection, and almost 1 in 8 (12.8%) are unaware of their infection.”

Intravenous drug abuse can increase the chances of infection. If you or a loved one are struggling with drug addiction please call us today.

Massachusetts is a sort of epicenter for the Opioid epidemic. Fentanyl and heroin addiction run rampant in the state which is notorious for overdose deaths. Strangely enough, Mass. also has one of the best healthcare platforms in the country and efficiently monitors infectious diseases. 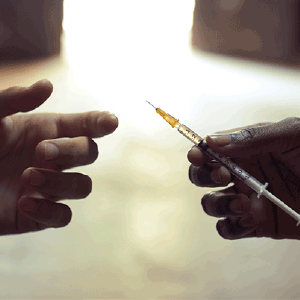