Adderall (amphetamine-dextroamphetamine) is a drug commonly over prescribed for attention deficit hyperactivity disorder, otherwise known as ADHD. It boosts levels of a brain chemical called dopamine, which is a key element when it comes to keeping focus and paying attention. However, like any other drug or stimulant, it is often abused and comes with its fair share of consequences as well. Even when taken as prescribed there are serious problems associated with it.

In gaming communities, especially where competition is prevalent, you need to be at the top of your game. People from across the world travel and compete in tournaments at the highest level of play, with monetary stakes of hundreds to thousands on the line at any given time. As such, the slightest bad day can cost an individual thousands of dollars, so players look for a way to increase their focus in order to play at their so-called “peak.” This is where Adderall comes into the picture, to give one an edge over others. Because of this, Adderall is sometimes referred to as the “performance-enhancing drug of eSports.”

In 2013, researchers conducted a comprehensive study to explore substance use habits among video game players. The questionnaire was given to 4,821 gamers to collect information regarding the type of substances used, the motivations to take the substances, and the correlations between gaming habits and substance use habits. While the study offered many takeaways, one result stood out; the more a person played video games and reflected a more professional attitude towards gaming, the more likely they would use stimulant-type pharmaceuticals, most notably, Adderall.

As of right now, eSports leagues and tournament organizers do very little to enforce substance use policies. In fact, most leagues and tournaments do not include any type of substance use regulations in official rules. This is due to two problems. Prescription drugs are legal, so how could leagues and tournament organizers enforce a drug taken as prescribed? Secondly, no real research exists that proves Adderall directly improves gameplay. With that said, the U.S Anti-Doping Agency (USADA) does consider Adderall as a performance-enhancing drug, and its unprescribed use is banned in other professional sports. Adderall use, like many other drugs and stimulants, come with its fair share of side effects and withdrawal symptoms.

Side Effects of Adderall Abuse

These side effects can include, but are not limited to: nervousness, restlessness, irritability, dizziness, paranoia, anxiety, blurred vision, sleep problems such as insomnia, loss of appetite, and increased blood pressure, just to name a few. Adderall is habit forming and chronic use may lead to dependence. Like every other drug, when you quit taking it, it has its fair share of effects.

When you quit taking the drug, your body and brain must adjust to the change that comes with the dopamine levels dropping. Most people who take it as instructed do not have any issues if they take a break from it, however, if you use it too often or take too high of a dosage, you might notice some effects when you stop. These withdrawal symptoms may include depression, irritability, or other mood changes; a hard time sleeping, unusual tiredness (fatigue), nausea, vomiting, and stomach aches or cramping.

E-Sports will continue to grow in its popularity due to sites such as Twitch.tv and the continued heavy use of YouTube, allowing exposure to resources and knowledge of competitive scenes for video games to be widespread. At the point when, not if, Adderall abuse develops into a serious problem within eSports and gaming communities, it will be important for tournament organizers and event runners to figure out a way to legally monitor abuse and develop ways to combat it. While many players use video games as an escape from real-life stressors, they cannot escape from the real-life consequences that come with the abuse of Adderall.

How Similar Is Meth to Some ADD Medicines

Adderall and Vyvanse have become two of the most over-prescribed medications on the market. They are prescribed to help treat people who are suffering from ADHD. 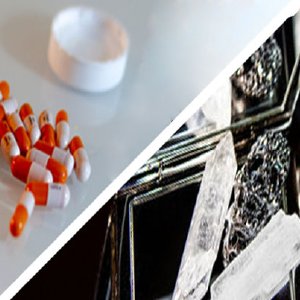 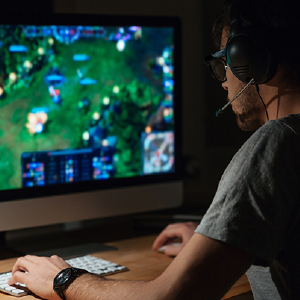