I Was Forever Chasing that First High

“When I was twelve, my friend and I heard of weed for the first time. It sounded interesting, and we wanted to try it. The night before my brother’s wedding, I spent the night with my friend. I ended up bringing up weed, and he asked if I wanted to try it. Of course, I said yes and ended up loving it. Not long after my friends and I were able to get weed regularly, we became potheads. This continued until I was sixteen and ran away from home.

“I was living with a friend then, and his grandpa fed him painkillers. One day he offered me some, and I said yes. They made me feel good and paired with weed, they ended up becoming an easy way for me to escape all my problems and mask the pain. A year later, I became friends with my weed dealer and moved in with him. Shortly after, he told me he smoked meth, and I decided to add that to the list of things I was using.

“After that, I enlisted in the military and stayed sober for around two years. During the end of my service, I started smoking weed again, got caught, and lost rank and some benefits. After getting discharged, my girlfriend of six years broke up with me. From there, my drug use kicked back up.

“My friends were experimenting with many different drugs, molly, coke, crack, meth, acid, etc. I was willing to do them all. When I was twenty-one, I was hanging out with my friends, and he asked if I wanted to try shooting up heroin. Again, I said yes, and this is where the vicious cycle began. I started spending whole paychecks on heroin, morphine, and any opiate I could find and put into a needle. I was forever chasing that first high. If I couldn’t find heroin, I’d supplement it with whatever drugs I could find. Weed was easy to get, and along with everything else, I smoked every day.

“My life was going terribly. I couldn’t keep up with bills, my girlfriend was driving me crazy, and I thought I was about to break. One day I packed up and moved to my brother’s house in Texas in an attempt to get sober and run from my problems. The first two years went well, aside from smoking weed. It wasn’t until the last year I was up there I started doing coke and meth a lot with coworkers, and I fell back into my old ways. Not long after, I moved back to Louisiana.

“When I got to Louisiana, I got a job, and my boss introduced me to Kratom. It started slow, once every few days. Then within a month or two, it became multiple times a day. Soon after, the Kratom wasn’t doing anything; I took it to avoid being sick. It wasn’t getting me high. My life was in shambles, and I wanted to get high to escape life. I would take anything I could find, heroin, meth, coke, pain pills, and Adderall. Over time it got worse. I was making more money, so I was spending more. Often, more than I should have, which caused me to be short on rent, unable to have things, and unable to save any money. I had nothing.

“I reached out to a friend and told him I couldn’t do it without help. Over time he helped me get into Narconon, which helped get my life back on track.”

“At the end of 2021, I moved into my dad’s house to care for my grandpa while my dad sought treatment. I had no bills, didn’t have to work, and was only obligated to ensure my grandpa was okay. I was getting my dad’s pay and blowing it all on drugs. I was spiraling out of control quickly. Caring for my grandpa lasted until February when I decided it was time to get help. I reached out to a friend and told him I couldn’t do it without help. Over time he helped me get into Narconon, which helped get my life back on track.”

Addiction is something many feel they can never escape. Addicts find themselves chasing a high that will never be the same. It is essential to know there is a way out of addiction. Here at Narconon, we work to get to the root of why someone uses drugs. If you or a loved one are struggling with addiction, reach out for help. Narconon helps people all over the US find treatment.

The goal for treatment is to get sober and continue to stay sober. Many addicts however find themselves reliving the cycle of addiction with a new substance. 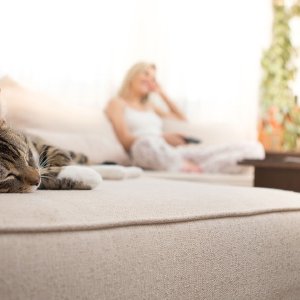 Totally Clean and Back on Track

“This program has been a journey for me. I was a little afraid of the sauna detoxification because I had never heard of it. After about thirteen days in, I realized it really works and it made me feel totally clean…“