Marijuana use and potency has evolved over the years. In the 1960s, Marijuana had an average THC level of about 1%. THC or Tetrahydrocannabinol is the actual psychoactive substance in Marijuana that produces the “high” that users shoot for. The THC level stayed at a constant level until the 1990s when it spiked to about 5%. In the late 2000s, it increased to about 10%. Marijuana today has a level of about 15-20%.

Marijuana is usually smoked in pipes and bongs. It can also be rolled into joints and tobacco wraps and made into pastries and ingested. A new method of consumption has recently emerged. Marijuana is being grown and then being converted into an oil. Marijuana oil is made by extracting the THC in its pure form from the Marijuana plant. There are a couple of methods out there, some of them more complex than others. THC oil can be smoked using specialized rigs that can take enough heat without cracking in order to melt the oil and inhale it. THC oil has also been put into vape pen cartridges for the sake of making consumption mobile and convenient FOR the user.

A cartridge works by inserting it to a vape pen which powers the cartridge in order to heat up the THC oil to make it inhalable. Cartridges can be made from either plastic or a mixture of metals, plastic, and glass. Since THC oil is acidic it can affect the lead from the metal in the cartridges and cause it to leak into the oil. The most commonly used type of cartridge is the CCELL which is made in China. The reason lead is put into cartridges is because it makes the metal more moldable and adaptable. A cartridge can pass state-mandated regulated tests for lead levels but, even then, this does not mean the cartridge is safe. Tests on empty cartridges have shown more than twice the legal limit for lead. Some cheaper types of cartridges—especially those from outside the United States—have been found to have way above the legal limit for lead allowed as there is no testing done for heavy metals. Having more lead in the cartridge makes the metals in the cartridge easier to mold and thus makes it cheaper to produce. Companies jump at the opportunity to make millions while not caring about the collateral damage it will do to its consumers.

Risks from inhaling these lead-tainted cartridges can be deadly. Lead acts as a poison in the body and can accumulate over time even from low exposure. “Symptoms from low exposure include, abdominal pain, memory loss, a decline in mental functions, mood disorders, difficulty sleeping, headaches, a metallic taste in the mouth, constipation, joint and muscle pains, numbness or tickling in extremities, anemia, and even hallucinations.” (Lead Poisoning in Children and in Adults) Effects from a high exposure to lead include damage to the central nervous system, the kidneys and can cause death.

There is treatment available for lead poisoning. First and foremost, the source of lead must be removed. If the levels of lead continue to be high there are a couple of expensive medical options available. One is removing the lead from the body using a medicine that binds to the lead and removes it from the body via waste and urine. If there is a life-threatening amount present an immediate flushing of the intestines must be done. A doctor can also perform a gastric suction or stomach pump in order to remove the lead from the body.

Recently the state of California passed a bill to remove all traces of lead from THC cartridges. It will be a while until the law is in effect and even a longer time until the rest of the United States follows suit. In the meantime, do you want to be one of those unlucky ones to suffer the consequences of lead poisoning?

I wrote a blog recently about the presence of heavy metals such as lead in THC oil cartridges recently. I am aware of THC being used in cases where a patient is terminally ill or in cancer treatment and to treat epilepsy. 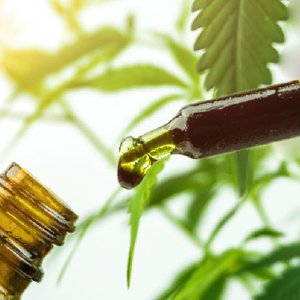