Stimulants or “uppers” are a class of drugs that cause someone to feel alert, awake, and energetic. They are also often prescribed to handle so-called "mood disorders" in children. Despite some professionals disputing the reality of ADHD, the most commonly diagnosed “disorder,” a 2016 study shows that about 10% of children will be diagnosed with it at some point. Stimulants are then prescribed as a “solution.” This is just scratching the surface, as about 5 million adults misused their medication at least once last year. With the misuse of medication this high, it's no wonder stimulant use is exploding.

Further, the addictive potential of stimulants has been shown to pave the way for someone to use their much more dangerous cousin, meth. Although prescription stimulants are usually taken orally, methamphetamine, also known as “crystal” or "speed," can be injected, smoked, or snorted. Methamphetamine is a derivative of amphetamine, a drug widely prescribed in the '50s and '60s for depression and obesity. At one point, over 31 million people in America took prescription amphetamine. Researchers estimate that about 4.7 million people today have taken illegal amphetamines at some point in their lives.

Meth use comes with dangerous long- and short-term effects, including stroke, cardiac arrest, stomach cramps, shaking, anxiety, insomnia, hallucinations, and paranoia. Due to the similar psychoactive properties shared between the drugs, a relationship exists between prescription stimulants and methamphetamine. Both drugs produce stimulative effects, which are highly addictive. Perhaps unsurprisingly, some of the more sinister effects are shared between the substances, most notably, disturbing mood changes. This change can manifest itself as aggression, suicidal thoughts, or depression. When caused by methamphetamine, these mood changes are called “meth psychosis.” Both prescription and illicit stimulants have a range of other effects like irregular heartbeat, high blood pressure, and trouble sleeping. Amphetamine dependence in pregnant women can cause permanent growth disorders or cognitive deficits in their unborn children.

Some people get started on prescription stimulants as young as six years old. Psychiatrists frequently prescribe them as an easy way to curb undesirable behavior in children, and the use of this medication can persist throughout adolescence and adulthood. However, being highly addictive, prescription stimulants can act as a gateway to methamphetamine for some users. What’s more, even amphetamines prescribed by the doctor can cause psychosis in rare cases. The first recorded instance of child psychosis due to prescription drugs was in 1967. An eight-year-old boy was prescribed amphetamines for his poor school performance and disruptive classroom behavior. When the psychiatrist first put the boy on medication, he experienced significant relief from his symptoms, and his mother voiced he was much easier to handle. The child “responded well” to the amphetamines initially but eventually developed a toxic psychosis when exposed to stressful situations. Scientists tested him on his ability to perform tasks several months later. Although he was proficient at some, there was an apparent loss in motor skills and pronounced concentration issues.

Regardless of what your psychiatrist might have you believe, everything isn't always smooth sailing when it comes to amphetamines. Many of the adverse side effects only show up after someone has been using for some months or years. It can often appear at first that the medicine is working, only to cause unwanted side effects later on down the road, some of which can be hard to shake.

Prescribing psychoactive drugs to children is a slippery slope, and there are much better alternatives for dealing with your child and their development. A medical examination from a competent doctor might discover a vitamin or nutritional deficiency, or a teacher's conference could highlight any learning difficulties, both of which could be resolved through non-drug treatments. In the event of trouble within the home, parents might consider family counseling with a trusted counselor or minister.

Everyone is different, but any of these solutions are far more preferable alternatives to putting them on amphetamines. The earlier children receive adequate help for their mood disorders, the more likely it is for them to be able to improve significantly. Parents need to take an active role in their child's life and help them get the care they need. People considering prescription stimulants should consider the full range of medications' effects before introducing them into the lives of themselves or their children. It is crucial to weigh the pros and cons before making such a big choice.

If you or a loved one struggles with amphetamine addiction, prescription or otherwise, it is essential to reach out for help. Sometimes drugs can become such a normal part of one’s life, the negative consequences are not immediately apparent. However, if you are addicted to amphetamines, chances are you have hurt yourself or someone you love. There is a way to escape the hold drugs have on your life. There is a way to rebuild everything you've lost and start fresh with a clean slate. If you are experiencing lows from drug use, or you're just tired of the ups and downs, please reach out to us.

The Top 5 Myths About Addiction

Addiction is a heated topic that has touched nearly everyone’s life in some way. It’s emotional, and often misunderstood. Add to this the fact there’s a ton of outdated, and downright false ideas about it. 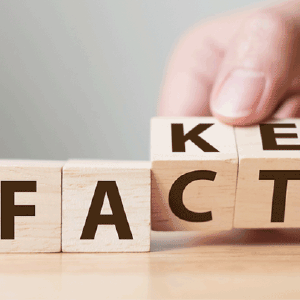