The Horrifying Future of the Heroin Epidemic

Almost 100 people die a day from the abuse of heroin and other opioids. Scarier still that projections made by experts at 10 universities show the problem will get much worse before it gets any better.

This worst-case scenario projects by 2027 we could be seeing 250 deaths per day with half-a-million people dying in the next decade due to the opioid crisis. Even the best-case scenario will see the epidemic getting worse before it gets better and that would require a large amount of government and public effort to aggressively tackle this epidemic. In addition, it would not solve the heroin addiction problem in America but rather simply bring it down by 2027 to the number of deaths occurring in 2010.

While the future may look grim looking at these figures, it does not mean that things are hopeless. The key lies in treatment. A report from the former Surgeon General Vivek Murthy found out of the estimated 22 million opiate users in America, only 10 percent get some form of drug treatment.

“We know what works,” Murthy said this past April. “We’re just not doing enough of it.”

If you know someone or you yourself are struggling with opiate addiction, it is vital you seek treatment. The spread of deadly synthetic opioids such a fentanyl makes it imperative to get treatment before it is too late. Based on these numbers and the current trend, finding the best treatment for heroin addiction is the difference between life or death. 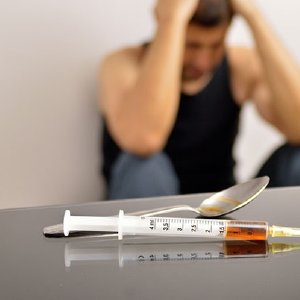 Drugs are common in our society and many of them change the perception an individual has about his own situation. Psychiatric drugs are prescribed by a doctor and are specifically meant to be taken to make a person’s emotional situation different than it is naturally.