“I spent one year and three months on Suboxone, which then turned into me taking Xanax and planning days where I could do heroin by coming off it. When I quit taking it, I went into my fifth rehab to get off the Suboxone and heroin. I had withdrawal symptoms for six days. I had withdrawn several times before from just heroin, but that time I couldn't keep anything inside of me.

“After that, I tried Vivitrol for four months because it blocked most things. I continued using and smoked synthetic weed. I even tried shooting up once, to no avail. However, I would just push back my monthly appointments each time, so I could do heroin a few times. Eventually, this caught up to me, and I shot up heroin too close to the time I was administered Vivitrol and immediately got thrown into withdrawals. That caused me to get kicked out of my half way house.

“Later down the road, I went on methadone for 3 months. That made it harder to get high so I would still use, just larger amounts of heroin. I began to inject crack to fully feel high. Mind you, I chose to go on methadone because I knew I could still use. When I came off of methadone, I thought at first I wasn't going to have to detox because I hadn't been on it very long. The first three days I felt fine. Man, was I wrong. On the fourth day, withdrawals hit me like a brick wall. It got worse every day after that until the 12th day when I finally began feeling better.

“None of this worked for me because I was never really sober. I was always on something and never clear headed. I never got clean and actually solved the problems in my life that I ran into. The reasons I did drugs in the first place were still there; I was just covering them up momentarily.“

Many parents dealing with a loved who is addicted, may think of turning to drug replacement programs. It’s a quick solution to handle a loved one who is using. The only problem is it provides only a temporary solution or a band aid. Experiences like the above testimonial are more common than you might think.

In 2009, the CDC (Centers for Disease Control and Prevention) reported Methadone was causing a high amount of overdose deaths and the report also

“finds four of every 10 overdose deaths from a single prescription painkiller involve methadone, twice as many as any other prescription.”

After this report came out, the CDC advised Methadone no longer be listed as a preferred treatment method. The number of overdoses since has dropped significantly, however part of the problem still remains. Methadone is difficult to prescribe due to the large variability between patient’s metabolism, absorption and relative analgesic potency. In addition, Methadone does not fully block the effects of other opiates and rather just raises the amount needed to feel an effect. Those addicted increase their opiate use to feel the effects.

Suboxone may seem like the better option, however, one myth about is that it A) prevents opiate abuse and B) prevents overdose. The point that opiate abuse is not possible on Suboxone is farfetched because Suboxone itself can be used in large amounts to cause an opiate like high. Second, Suboxone contains naloxone used to reverse opioid overdose which makes it more difficult but still possible to get high.

“I started Suboxone at 19 and by the time I was 20, I was shooting it up to get high. After three months of this mixed with benzos I OD’ed and woke up in the hospital. I was told I had been found in a snowy ditch on main street unconscious in my small country town. I had hypothermia as well. That’s when I decided this drug was worse than I realized. I had used drugs since the age of 15 and Suboxone was the worst thing I ever came off of.


Suboxone pretty much just made it easier for me to get high.” - B.W.

Vivitrol is just the newest in a long line of drugs used as replacements for a temporary fix from an opioid addiction. Vivitrol does not prevent overdose and one can overdose on Vivitrol in two ways; by using opiates in larger amounts trying to overpower the opioid-blocking effect which can cause an overdose, or by using the same amount as one did before using Vivitrol and overdosing due to a lowered tolerance.

The problem with replacement drugs is they do not solve the underlying issues an addict runs into in life. They are only a temporary band-aid. There are many different reasons why people use and everyone is different, but for those who struggle with addiction, they continue using because something in their life is going poorly.

Many use drugs as an escape or to make life “better” when in fact they need treatment and help finding what they struggle with in life and then help in remedying it. The Narconon program is designed to handle the underlying issues. For more information contact us today.

Vivitrol (Naltrexone) is used to assist people with an opiate addiction in order to help them quit abusing opiates. Someone struggling with opiate addiction would go to a doctor once a month and have the Vivitrol administered via injection. 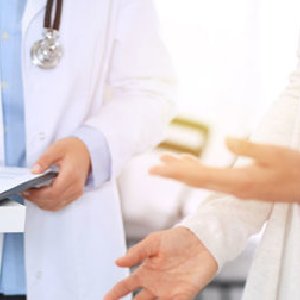