You Can’t See Your Reflection in Boiling Water

I am currently a student at Narconon New Life Retreat in Louisiana. I am here to face my addiction to alcohol. For many years I was in denial of ever really having a problem. It wasn’t until I hit “rock bottom” I realized I needed help. Much of what I had attained in life was suddenly gone.

As I work to understand my condition, I’ve realized there were early warning signs. If I had known and understood them, I might have had the opportunity to fix them myself before going off the rails. Sure, the usual symptoms were present; the legal issues, financial woes, and hospital visits all piled up. I cared little of the emotional hardships my loved ones suffered by my isolation and depression. My concern for the wellbeing of all involved was clouded by an intense, unpredictable anger. An anger within myself. I have now learned much about where this anger developed and why.

I am from Southern California. As a child, I had all the comforts one should have: a loving, close family and a beautiful home in an ideal neighborhood. I loved sports and excelled at baseball. I was a hyperactive child but not to a high degree. Around my 3rd grade year, my parents divorced. I took this hard, but my stepfather quickly became an influential figure in my life. My younger brother had a much rougher time with the change. After my 5th grade year, we relocated to the small town of Forestville, in Northern California.

This move would be a difficult adjustment for me. I found it hard to make friends. I was used to having my best friend across the street. As the years went by, I adjusted and started high school at a Catholic School in Santa Rosa. I loved Cardinal Newman and did well. Yet, I found myself missing the southern part of my state so much that I moved back my junior year. I was back in my comfort zone. Looking back, I do regret not completing high school at Newman.

Shortly after high school, I moved to Newport Beach, California and ran with some of the locals. I enjoyed surfing and the beach lifestyle. I had become interested in pursuing a career in physical therapy after high school and began courses at the local Junior College. I was working at a Newport restaurant and having a ball. I met the girl of my dreams and fell head over heels. After a few years, I took a break from school and told myself I’d go back. Yet, I never did. I had also ended my relationship of 5 years with a girl I still think of to this day.

I would later be asked to manage an upscale restaurant in Newport, and I took the job. During this time, I was truly enjoying the decisions I had made and the lifestyle I was living. I quickly showed an ability to motivate and manage a team of individuals and was offered a General Manager position in San Diego. I took the offer and a few years later would have two restaurants under my control. Sounds like I had it made, right?

I would find out much later in life that when things are handed to you, they are taken for granted. I would stay in San Diego for nearly 16 years when my false sense of invincibility would begin to have damaging effects on my life.

I could go on and on about all the good times I had throughout this time. Girls liked me and I was popular. My drinking gradually got to the point where it was foremost in my life. My days off were typically spent lounging around.

After 8 years with a large restaurant and entertainment chain, drinking would cause me to lose my high-paying job. I had become a daily drinker and bingeing on days off. My decision-making was faulty. I began to doubt my ability to deal with hardship. This discouraged me from putting myself in a position to fail or be overlooked. I had noticeably changed from an outgoing confident man to an angry, depressed individual.

Since 2015 my life was, until recently, topsy turvy you could say. I’ve had multiple drunk driving arrests, a car accident, and an arrest. When we get angry, we typically have or should have a tangible cause. Or so we think. Where is the anger coming from? Being stuck in traffic or getting a ticket can ruin the day. But could we have avoided these obstacles if we had prepared ourselves for them?

Sure, I have been angry in the past with justification. Yet, if I start noticing holes in my walls with no recollection of how they came to be how can I justify them? I found myself coming unhinged at loved ones for absolutely no reason.

My family had been seeing me self-destruct for years. After my last run-in with the law and an arrest, it was evident I needed help and fast. I arrived at Narconon Louisiana to get sober. What I have accomplished, and discovered, is so much more.

I took this inner fear out on those around me. I have learned much of my life’s path was not of my own decision. These great jobs had been offered and I simply said, “Yeah, what the heck. Let’s do it!” Sure, some may call it luck. But as Seneca says, “Luck is what happens when preparation meets opportunity.” I wasn’t prepared for the temptations I would face down the road. I now have faced my alcoholism with open arms and an open mind.

People are born good so why do some go down a dark road, committing acts they know are wrong. Take a look into why this happens and what can be done to solve it. 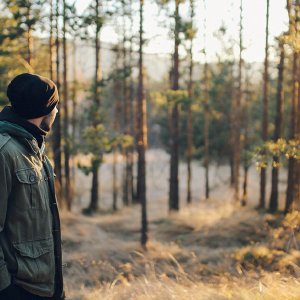 How Did It Go So Wrong?

“I took a long look back and asked how did I become such a bad alcoholic and addict? “ I found I started like most other children, watching family members drinking having fun and laughing. It seemed this was mostly during get-togethers and family outings. 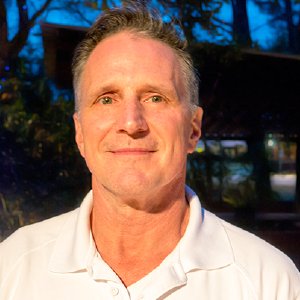