It should not be a surprise that during the lock downs over the last couple of months, the sale of alcohol has increased. However, the quantity is what is shocking.

As millions of Americans went into lockdown, many began to stockpile alcohol for the ensuing weeks, which may have been sparked by the uncertainty of being able to buy alcohol in the following weeks. Stores that sold alcohol however, in the main were never forced to shut their doors. Grocery stores, liquor stores, and gas stations were, for the most part, allowed to stay in operation.

This has concerned many health officials who worry that increases in drinking, will cause a parallel rise in addiction issues. With isolation already hard on those who have existing mental health problems, the uptick in alcohol raises more significant concern.

Alcohol dependency as we know can be physically dangerous since alcohol withdrawals (delirium tremens or DTs) can result in death. While the fear of DTs is not an excuse for those drinking to blindly continue, there is a true danger to someone who is alcohol-dependent ceasing to drink alcohol abruptly without proper medical attention. Delirium tremens can cause vivid hallucinations, shakes, and eventually seizures, which can be fatal.

It can take around 4-6 weeks of daily drinking to become physically dependent. So if you know someone who has begun to drink very heavily during this time, make sure they get the proper care if they decide to stop.

All of this highlights a much bigger problem for those working in the addiction field. Isolation can be a massive problem for those in recovery, and the lock downs or stay at home orders are enforced isolation. Due to this, many recovery groups have begun to hold online video meetings to help prevent the relapse of those in recovery. Since the Substance Abuse and Mental Health Services Administration (SAMHSA) has recorded an 891% increase in distress hotline calls, we advise everyone to become educated on the signs of alcoholism or alcohol abuse.

If you see a combination of these signs, there may be cause for alarm. With ample resources available, research and learn how to approach talking to your loved one about their substance abuse problems. Put link here for either Interventions 1010 or a blog about how to talk to your loved ones about drugs.

As always, we have caring specialists standing by to take your call if you need additional help.

This Program Changed Everything

“When I arrived at Narconon drug rehab , I wasn’t in the greatest of health. I went through withdrawals then started on the sauna detoxification. When I finished sauna, I started feeling better. I was thinking clearly and had more energy. I went on to start objectives.…“ 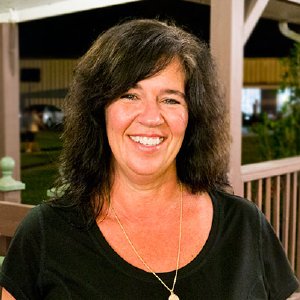