Changing Everything and Helping People

The year was 2017 and my life had completely fallen to pieces. With a crippling addiction to heroin and crack cocaine, I had essentially destroyed every aspect of my life to continue using drugs. I had failed multiple 12 step programs and began breaking the law to support my addiction. I was the person I said I would never be.

My family was done with me and I had stolen from or lied to anyone who tried to help me. At the age of 22 years old, I had been using drugs daily for years and was moving closer and closer to dying or ending up in prison each day I put a needle in my arm. At a certain point, I had completely given up on the concept of getting better and almost thought of getting clean as a fairy tale ending that wasn’t real. All I cared about was a needle.

Using drugs took everything from me.

I was homeless, sitting in a jail cell going through heroin withdrawal weighing 115 pounds with nothing but my regrets. It wasn’t until I finally hit that point, I made the decision there had to be a different way. I was 22 years old, and I didn’t want to die. I had been to funerals for friends of mine that lost their fight with addiction and didn’t make it. I made one phone call to my family and told them I was finally ready to give treatment another shot and was tired of living the way I had been.

24 hours later on June 1st, 2017 I was on a plane headed to Narconon. I knew the program was not 12 step like the rehabs I had done in the past and was willing to give it a shot. Upon arrival, I noticed almost immediately the program was something completely different than anything I had ever done. The viewpoint at Narconon was not that I had a disease and was powerless but that I had been using drugs as a solution to my problems. I finally felt like there was hope again and I could make it.

The sauna detox portion of the program was when I was certain I made the right choice. A few weeks into it, I finally felt better than I ever had, almost the way I had before I used drugs in the first place. That was a foreign feeling I did not think would ever return to me. I was happy again and that too was a feeling I hadn’t felt in a long time. I knew I was changing for the better.

During the life skills counseling, I figured out why I was using drugs in the first place and sorted out my own underlying issues. It was then I knew I had gotten a second chance and had an opportunity to change other’s lives and make a difference, especially since I had seen so many of my friends lose their fight with addiction.

Looking back to where I was at in my addiction, I never would have imagined I would be here today writing this. Now, 4 years later, I have helped get people into treatment from all over the United States and worked with countless addicts and given them a second chance at having a drug-free life. I have a better relationship with my family than I ever had and not a day goes by I am not grateful for my second chance at life. It’s safe to say I wouldn’t be where I’m at today without the help of Narconon.

Getting down to the underlying issues of drug use and getting the tools you need to stay sober is the way to get yourself out of addiction. I am living proof.

There is a solution, there is a way out, and that way out is Narconon. 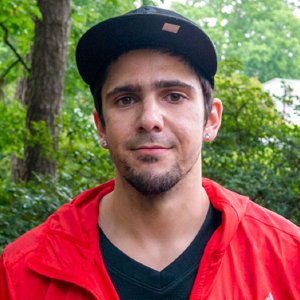 I arrived at Narconon on December 12th, 2019, addicted to benzos , heavily drinking, and smoking weed. I was shown to the withdrawal unit, where one of the hardest parts of the process would take place. I spent my time withdrawing in withdraw (go figure). 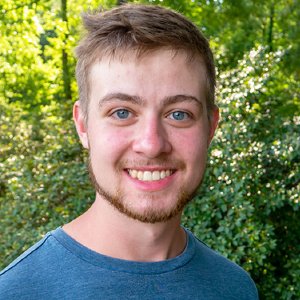