Synthetic marijuana is nothing new to the world of drugs. It has been ongoing for a while. There is now a new semi-synthetic cannabis that goes by the name Delta-8.

The concern with most synthetic substances is you never know what is truly in them. Delta-8 can be found naturally in hemp, but there are small amounts found in hemp. With so little to work with, chemicals are then added to convert other cannabinoids into Delta-8. With these random chemicals being added, you have no idea what is in them or what the conditions were where it was made. Delta-8 is poorly regulated; there is no way of truly knowing what is in it. Some of the symptoms of Delta-8 include red eyes, dry mouth, slowed reaction times, trouble with coordination, anxiety, and memory loss.

Delta-8 is sold in gas stations, convenience stores, and a few other retailers as gummies or vape cartridges. It is promoted as safe and fun when many unknowns go along with Delta-8. When Spice first came out, it was marketed similarly before anyone knew how bad it was. Now, due to the effects it has created, it is seen for the dangerous drug it is.

Delta-8 may seem like a “new,” legal, better marijuana, but at what cost? Between January 2018 and July 2021, there were 661 exposure cases of Delta-8 THC products from the National Poison Control Centers. According to the FDA, 660 cases occurred between January 1, 2021, and July 31, 2021. One hundred and nineteen of these cases required hospitalizations. Some of these included children who were admitted to the intensive care unit. Five hundred eight of these were unintentional exposures which had affected children under the age of eighteen.

There have been cases reported of children getting Delta-8. The Michigan Poison Control Center reported two severe cases of Delta-8 adverse exposures among two children. They had ingested their parents’ Delta-8 gummies, and it caused them to experience deep sedation and slowed breathing. They initially experienced increased heart rate, which then progressed to having a slowed heart rate and low blood pressure.

Now you may be wondering, how is Delta-8 legal with all these adverse side effects? Delta-8 has made it to the market because there was a loophole in the 2018 Farm Bill which defines specifically “delta-9-tetrahydrocannabinol (THC) (no more than 0.3 percent THC on a dry weight basis)” but says nothing about Delta-8. So even with numerous restrictions on how and where hemp can be grown, the loophole was found for Delta-8. If Delta-8 THC is extracted from legally cultivated hemp, it is legal and seen the same as CBD. Even in the Farm Bill’s law, Delta-8 is treated as if it is CBD and is unregulated at the federal level. At this point, it is up to the federal government to make a move.

Where Delta-8 isn’t being monitored at the federal level, the states are now choosing what to do about it. There have been fourteen states in recent months that have restricted the sale of Delta-8. They say there is a lack of research on its side effects. The states against the sale of Delta-8 are Alaska, Arizona, Arkansas, Colorado, Delaware, Idaho, Iowa, Kentucky, Mississippi, Montana, New York, Rhode Island, Vermont, and Utah. On the other hand, Texas had a state bill passed making Delta-8 THC legal. Now it’s up to the federal government.

The federal government seems to have no issues with Delta-8 THC. On May 19th, 2022, the Ninth Circuit ruled, “products that contain the hemp-derived cannabinoid known as delta-8 THC are completely legal under the 2018 Farm Bill, and are also entitled to legal protections under federal law, including copyright and trademark protection.”

Delta-8 has made it to the market and is now causing an uproar in the synthetic cannabis industry. Even if it is considered “legal,” it doesn’t make it better. Just because you can buy something over the counter or at the drug store, doesn’t mean it’s safer. Many factors go into synthetic drugs. It can be deadly when you’re dealing with the unknown of the chemicals involved and their side effects.

Marijuana has become more and more acceptable today. Is it such a passive view on the substance really safe however. 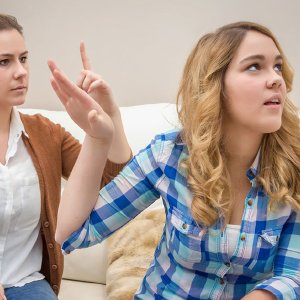