Many people have come to believe marijuana is harmless and non-addictive. However, it has been proven time and time again this is not true. The National Institute on Drug Abuse has stated “Marijuana can lead to the development of problem use, known as marijuana use disorder, which takes the form of addiction in severe cases.” Recent data suggests that upwards of 30% of those who use marijuana may have some degree of marijuana use disorder. The risks of compulsive marijuana use are quite different from what most people would have you believe.

Contrary to popular belief, marijuana can be addictive. If someone cannot stop using marijuana even when it interferes with their life, they might be dependent. Someone who is dependent on marijuana can experience withdrawal symptoms like irritability, sleep difficulties, decreased appetite, cravings, restlessness, and various other forms of physical discomfort. A study published on NIDA found that roughly 9% of adults, and 17% of teens who use marijuana will become dependent.

Also contrary to popular belief, there are negative physical consequences of smoking marijuana. According to a review published in 2017, users are more likely to have a heart attack after smoking marijuana, compared to their general risk when not smoking. Similar research published in 2017 found those who smoke large amounts of marijuana on a regular basis have reduced bone density, which can lead to fractures. The University of Edinburgh found that people who use marijuana on average have a lower body weight and reduced body mass index. This study was restricted to those who had used marijuana more than 5,000 times in their lifetime.

One of the commonly overlooked side effects of marijuana is its effect on the lungs. It can cause users to develop a daily cough, and increase their phlegm production, increasing their risk of lung infections. Using marijuana also increases one’s risk of acute chest illnesses. These are some of the very same respiratory problems which afflict heavy tobacco smokers.

Researchers do not yet know the full extent of consequences related to high potency marijuana, and the concentration of THC in weed has increased steadily over the last several years. The amount of people testing positive for THC during emergency room visits has also increased, but it is unclear whether this is related to increased potency.

Marijuana also has been shown to negatively affect mental health in certain people. Most alarmingly, it can increase the likelihood of developing a serious mental illness, in someone genetically predisposed to the disease. Using marijuana may also raise your chances for clinical depression or cause you to go into psychosis in severe cases.

Granted, weed might not be as bad as other illegal drugs, like heroin. However, it should never be an excuse that someone is “just” using weed. There are several real consequences of using the drug, and it can often serve as a gateway to further substance abuse. It would be wise to keep an eye on anyone you know who is using marijuana on a regular basis.

In fact, it was found in a study that heavy marijuana use has a negative impact on the IQs of those using. It was found that users who smoked over five joints a week showed a drop in IQ scores. This was a long-term study which looked at people of all ages.

Drug use of any kind has a negative effect upon development in teens. Marijuana is not an exception to this. As all substances used at a young age has been found to a correlation with substance abuse later in life, with much of this beginning in the home life of adolescents. Incidents of drug abuse was much higher amongst those who had older members of the family who used drugs, and is most common amongst marijuana users.

This is a good reason to avoid early in life exposure to drugs and alcohol as it has been shown to have a negative impact on the development of drug addiction. If you or a loved one are struggling with substance abuse assist them to get the treatment they need. If you suspect a younger member of your family is experimenting with marijuana, visit our list of signs of marijuana use here.

Become the Best “You” for Yourself and Your Loved Ones

One of our graduates shares their story of how they ended up struggling in life and damaging their relationships. Learning that opening up was the way, they made their way into a new and better life. 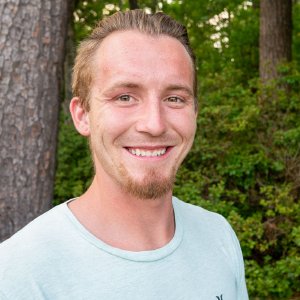