Growing After My Addiction

“We are not retreating, we are advancing in another direction.”

That is a quote by Douglas MacArthur, General of the Army World War II who officially accepted Japan’s surrender. We can look at this quote from several different angles. I’ll start with the first; one I am quite familiar with. Retreat is defined as the act of moving back or withdrawing. I used to do this all the time thinking my life would be much easier if I just gave up on something. There was always somebody there to clean up the mess I created, usually my parents. I was quite content living my life in this manner. I didn’t have to be responsible for anything.

I grew up in an affluent family, was at the top of my class in school and played on my high school sports teams. I was not taught to give up, but that is what I did. I compared myself to everyone at school and tried to live like them. I started to rebel against my parents and everything they tried to do to help me out.

I ended up an alcoholic and drug addict. My parents started to catch on to my games of manipulating them and weaseling my way out of things. I would appease them by checking myself into state funded rehabs and then would call my mother to come get me after 5 days. Each time I promised that was the last time and I learned my lesson. I vowed things will be different. Within the first day of being home, I would go back to using.

This pattern continued until I was 30 years old. I was given an ultimatum which I thought LONG and hard about. I decided to take them up on the offer of checking into a private treatment center. I still wasn’t 100% certain, but was willing to give it a try. About a month in, I realized for myself I had a problem. I also realized I had given up so much—numerous college opportunities and job opportunities and was left with no house and no finances. Really, I had wasted 12 years of my life. I had given those years up for what? Thousands and thousands of dollars of drunken, drug-fueled parties.

Now the other angle. Advancement in another direction. In a direction not only away from the 12 years of waste but towards life with joy, doing something I can prosper at, and including relationships with my family that I never wanted, but now am so grateful for.

I understand the family members who want to give up on the addict or alcoholic in their family. Yet, now I have a different outlook on life.

I’m Ready to Continue Growing as a Person

One of our graduates tells his story of his journey through the Narconon program. He talks about how one part builds on the next and at the end he’s grown and learned more than he imagined. 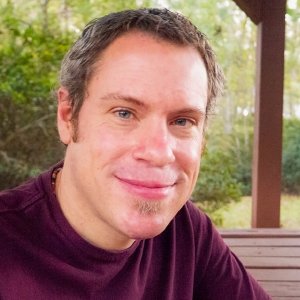