Recently, Measure 110 was passed decriminalizing all drug use in the state of Oregon. The initiative states that instead of going to trial or facing possible jail time, a person would have the option of attending a “addiction recovery center,” or paying a fine of approximately one hundred dollars. This only extends to personal use, and anyone who is caught manufacturing or selling drugs will still face criminal prosecution. Advocates for Measure 110 argue that less money spent on the criminal justice system means more money spent on drug prevention and treatment centers across the state. According to the National Library of Medicine, drug treatment facilities are more cost effective than criminal prosecution in reducing substance abuse.

“Today’s victory is a landmark declaration that the time has come to stop criminalizing people for drug use,” Kassandra Frederique, executive director of the Drug Policy Alliance

While the goal of this measure is to produce more positive results, there are several issues that have faced countries that have enacted similar laws. In fact, those pushing for Measure 110 admitted and pointed out that decriminalizing illegal drugs makes them cheaper, more readily available, and more socially acceptable to use which can in fact have a larger negative effect on public health as a whole.

In Switzerland for example, a haven for drug users nicknamed “needle park” was created to restrict heroin users to a small area, intending to reduce the overall impact on the community from public drug use. This ended in disaster when over 20,000 heroin users migrated to the park, causing it to be shut down to prevent widespread disease throughout the city of Zurich. Switzerland is not the only country that has seen adverse effects from decriminalization.

Italy, for instance, has seen its heroin addiction rates climb to the highest in Europe, with over 60% of HIV cases attributable to intravenous drug use. For a country which such lenient drug laws, these results do not speak highly of decriminalization. There are several other countries that have experienced negative consequences from decriminalization, like the UK and the Netherlands. The common factor contributing to the crime rates in these countries seems to be availability. As drug availability increases, it seems so does crime. For instance, a study by the International Journal of Health has shown a relationship between areas with a lot of alcohol outlets and higher rates of violent crime.

This study is further supported by a 2005 change in policy of the UK. In hopes of curbing binge drinking, government officials increased hours of operation for all pubs, allowing some to serve 24 hours a day. This resulted in a sharp increase in crime between the hours of 3 am and 6 am, as well as an increase in emergency treatment for alcohol misusers. It remains to be seen how the recent changes in Oregon will affect crime and addiction in the state.

Although it is a step in the right direction for states to focus on rehabilitating addicts, removing legal consequences for them altogether may be a mistake. There have been several failed attempts at decriminalization in countries overseas, and a lot of the data supporting its effectiveness is still incomplete. America is rapidly changing, and it is likely more states will push for decriminalization soon. Keeping an eye on developments in Oregon may hold the key to knowing the larger scale repercussions we face as a county from these legal changes.

Focusing on the silver lining, increased addiction treatment availability will stand to make an impact in the right direction. However, a drop in funding to criminal justice systems does not inherently mean more will be spent on treatment infrastructure within the state. It will be up to Oregon’s citizens to ensure the funding is reallocated to assist in treatment for those struggling with addiction.

If you or a loved one needs help, do not wait to get them treatment. Incarceration and serious injury are all too common amongst those struggling with addiction. These consequences can make it even harder or impossible for those seeking treatment to turn their lives around. Waiting for a disaster could simply make the journey harder.

Another state has achieved “ epidemic ” status. For Oregon residents, it’s not “news” that there’s a major problem. But to join the ranks of states like Pennsylvania, Ohio, and West Virginia is a feat no one hoped for. 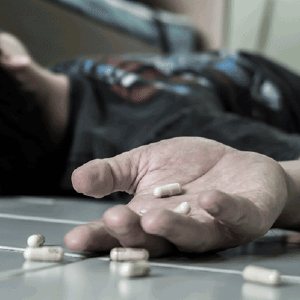