It All Started With A Pill

Prescription pills have been an ongoing issue since the 1990s. Although the only difference now is instead of being overprescribed pain pills, people are turning to the streets to self-medicate. There are many problems when someone chooses to self-medicate. When buying “prescriptions” on the street, the biggest problem is you do not know what you are getting. Drugs are now being pressed and laced with Fentanyl. This way, the dealer can cut their prices and expand their product.

Fentanyl is a powerful opioid taking over the opioid epidemic and causing a user to overdose quickly. On September 27th, 2021, the DEA issued a Public Safety Alert to warn Americans of the frightening increase in fake prescription pills containing Fentanyl as well as the lethality and how easily available they are. These counterfeit pills are manufactured illegally and made to look like prescription opioids, including Oxycontin, Percocet, Vicodin, Xanax, and even Adderall. Fentanyl is extremely cheap compared to prescription pills.

On the street, a single gram of Fentanyl can cost anywhere between $150 - $200. That sounds like a lot, but a single dose is considered to be100mcg - 400mcg (Mcg meaning, microgram). Therefore, one dose will cost around $2, if not less. A single dose of heroin, cocaine, and MDMA can cost anywhere around $20. The only drug close in price is Methamphetamine making a single dose cost around $5. This is now making the dealers rich, but at what cost? Fentanyl is 50-100 times more potent than morphine. Two milligrams have the power to kill by either ingestion, skin absorption, or inhalation. With that being said, the smallest amount of Fentanyl can cause someone to overdose and die without them knowing what is going on.

A former addict shares her story of being sold counterfeit prescription pills and how it almost killed her:

“In 2003, I got into a head-on collision with my friend. We were hit by a drunk driver who had just gotten out of prison for vehicular manslaughter. The glass in the windows had shattered, we had just taken our seatbelts off, and the man was trying to pull me out of the car while screaming, ‘Don’t call the cops’ After this, I was prescribed Lorcet and Soma.

“I had been in a seven-and-a-half-year relationship, we were engaged, and he broke it off a year after the wreck. That is when I discovered that the pills took away the physical pain I was feeling and the emotional pain. They made me feel euphoric and numb to life.

“After a while, my refills ran out, and I learned there were pill mills in Houston. You could go in, fill out a new patient packet, have an exam, pay them cash, and walk out with a prescription for 120 Soma, 120 Lorcet, and 60 Xanax. They called it a ‘Cocktail.’ You could also doctor shop and go to a couple of doctors with friends, then walk out with around 1,000 pills. That is when my addiction took off.

“I tried a couple of different rehabs, but nothing seemed to work or stick. I would get out and find myself going back to my old ways. Once the pill mills were regulated, I turned to the streets to self-medicate. That is where I came across counterfeit prescription pills.

“I got pills from a guy I trusted. I was found later, on my bedroom floor, in convulsions. I was in denial. I blamed it on my age, the fact I had been sober, and anything to rationalize what happened. After that, I continued to use and purchased more to keep myself from going back so often. I then overdosed in my car eight days after the first time I bought the pills. I had a seizure, the police and paramedics came, and I ended up in jail. After getting out, I was still in denial. Three days later overdosed again and ended up in rehab.

“I was blacked out before coming to Narconon. After that, I lost control of my body, mind, and everything. It wasn’t until I arrived and was drug tested that I found out I had been using Fentanyl. I freaked out and realized that what I was buying wasn’t what I thought it was, even though I trusted him.

“The result of this was I almost died twice (once in front of my family), got a divorce, and had legal charges. I had never been in trouble with the law or overdosed before that. In the two weeks I was using, I lost everything.”

Some of the signs to look for if you suspect someone is overdosing on Fentanyl or any opioid is their face will become extremely pale, and their skin will feel clammy to the touch. Their body will go limp, and their fingernails or lips have a purple or blue tint. They will start vomiting or making a gurgling noise, and their breathing or heartbeat slows or stops. They will not be able to be awakened or able to speak.

Noticing the signs and symptoms is vitally important to save someone’s life. If you or a loved one are struggling with addiction, seek help before it’s too late. You never know what you are getting and if it could be deadly. 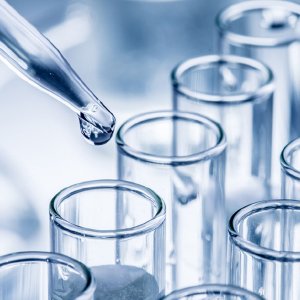 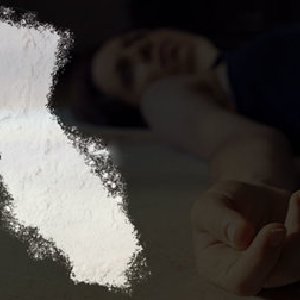