Louisiana Is Building an Opiate Epidemic

When people think of Louisiana, they usually think of Jazz music, Cajun cooking and beignets. They don’t think about the fact that Louisiana is one of the worst states in the country for prescription drugs.

Not only is Louisiana the sixth highest per capita opiate prescriber, but it is one of eight states that dispensed more opiate prescriptions in a year than the state has residents. According to the Center for Disease Control in 2015 alone, 861 people died from overdoses of both prescription and illicit opioids in 2015.

When you overprescribe and then cut people off, you end up with a heroin problem.

Blue Cross Blue Shield of Louisiana reported the Louisiana legislature has passed two bills aimed to monitor and bring down the number of prescriptions given out. However, nothing has yet been done to handle what many states have already encountered—when you overprescribe and then cut people off, you end up with a heroin problem. The bills passed have no impact on the lack of available treatment in the state, or even help with those who were overprescribed in the first place.

If you know someone who was overprescribed opioids and would suffer from just being cut off or someone who has become addicted as a result of the overprescription of opioids, write to your local representative about how Louisiana needs to do more to take care of their citizens struggling with substance abuse.

The Letter that Fueled the Opiate Epidemic

Thousands of Americans have already lost their lives to the health crisis caused by opiate addiction in this country. Between 2000 and 2015, over half a million people died from drug and alcohol abuse with the highest numbers coming from opiate abuse. 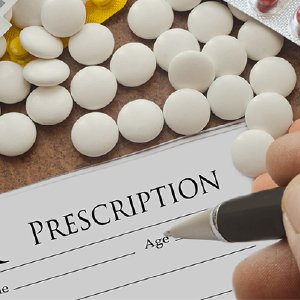