The Letter that Fueled the Opiate Epidemic

Thousands of Americans have already lost their lives to the health crisis caused by opiate addiction in this country. Between 2000 and 2015, over half a million people died from drug and alcohol abuse with the highest numbers coming from opiate abuse.

So how did we get here, how did America and its citizens come to consume 80% of the world opiate pain medications? In 1980, a letter published in the New England Journal of Medicine stated that through their studies they found medications such as oxycodone had a low rate of causing addiction. To no surprise, this letter has been quoted several times to put a positive spin on opiates in this country by those who stood to benefit. In fact, the Institute for Clinical Evaluative Sciences ran a study to find out how many times this letter had been cited. He found it cited 608 times and out of that, 72% pointed to it as proof that addiction was rare among long-term opioid narcotic users.

Dr. David Juurlink, one of the researchers involved in the analysis, wrote in an email that the “5-sentence letter to the editor in medicine's most prestigious journal was leveraged as proof that opioids could be used safely over the long term, even though it offered no evidence to support that claim. It's clear that many of the authors who cited it hadn't actually read it.”

Today if you heard this statement, you would laugh at someone naive enough to base a broad claim on something so narrow, anecdotal and unscientific. However, as recently as 2016, this letter has been used to highlight opiate pain medications in a positive light.

Studies done on the heroin epidemic have found almost 80% of current heroin users started off taking opiate pain medications. It’s revolting to think about the state we are in now and how it all began with an unsupported, unscientific claim in a short letter to the editor.

Narconon encourages you to educate yourself on the dangers of all types of drug abuse. If you already know someone struggling with addiction to opiates or any other drug, call us today.

Louisiana Is Building an Opiate Epidemic

When people think of Louisiana, they usually think of Jazz music, Cajun cooking and beignets. They don’t think about the fact that Louisiana is one of the worst states in the country for prescription drugs. 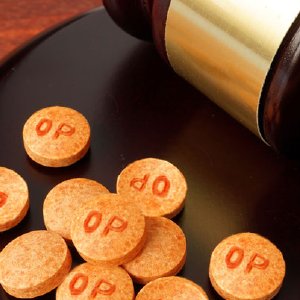