Two opioid producing companies (Purdue Pharma and Johnson & Johnson) who profited from their roles in the opioid epidemic have settled their cases for the most part. Purdue Pharma for its role in the production of the opioid Oxycontin will have to pay 8 billion dollars. This is to be disbursed according to a settlement plan which includes 2 billion for criminal fines and penalties, $2 billion for civil penalties, $1.775 billion for municipalities, states, and tribes and $225 million for a public benefit trust that states and local communities may use.

Johnson & Johnson on the other hand reached a settlement of $26 billion. Settled in 2022, the money will be distributed to the states who have signed onto the agreement with each individual state working out the details of their allocation. Additionally, the settlement agreement specifies a 10 year court order that Johnson & Johnson will not sell or lobby for opioids, fund grants to third parties for promoting opioids or share clinical trial data under the Yale University open data access project.

Of the reported billions in earnings for Purdue Pharma and Johnson & Johnson, their fines and settlement amounts are only a percentage of the profits they received for their role in the perpetuation of the opioid epidemic. However Johnson & Johnson has ceased to profit from opioids since they stopped producing, selling, and marketing opioids in 2016. Nonetheless, the public at large have been betrayed by for-profit corporations who earned millions, if not billions as more and more became addicted to opioids. Court filings in the Purdue Pharma case show the Sackler family (founders and owners of Purdue Pharma) took in $10 billion in profits from OxyContin.

To make matters worse, Johnson & Johnson was accused by Oklahoma Attorney General Mike Hunter of profiting from both sides of the opioid crisis since Johnson and Johnson cultivated a highly potent poppy in Tasmania which was refined and sold to other companies to make opioids while also producing the active ingredient for drugs which treat opioid addiction (such as Naloxone) by reversing an overdose.

“I feel like we have a credibility issue with our product. Many physicians now think, OxyContin is obviously the street drug all the addicts are seeking.”

At its peak in 2012, 255,207,954 opioid prescriptions were dispensed. Since then, this number has decreased and while this is positive, the number of prescriptions written since OxyContin’s launch in 1996 has resulted in widespread opioid addiction. Even as early as 1999, there was concern over the abuse potential of OxyContin. In fact, a sales representative contacted a Purdue executive in late 1999 via email and stated, “I feel like we have a credibility issue with our product. Many physicians now think, OxyContin is obviously the street drug all the addicts are seeking.”

America’s obsession with and addiction to opioids was highlighted in the non-fiction book, Dopesick: Dealers, Doctors, and the Drug Company that Addicted America. Written by Beth Macy and published in 2018, it later became a Hulu mini-series in 2021 where it reached millions of viewers. And even though there is heightened awareness of the dangers of the opioids and use of prescription drug monitoring programs which track controlled substance prescriptions, there is still a grave situation with overdose deaths. Yet even with the known dangers of opioids there were 142, 866,781 prescriptions were written in 2020.

The American Medical Association issued a report in September 2021 that the country is facing a “worsening drug-related overdone and death epidemic” despite the fact there has been a 44.4 percent decrease in opioid prescribing. The Center for Disease Control and Prevention (CDC) also highlighted the overdose deaths by listing the reported number of overdose deaths in the twelve-month period ending in July 2002 as 102,429.

While fewer opioid prescriptions are being written, there are hundreds of thousands of addicts who began their addiction from overmedicating physicians who need help. Very few can kick an opioid addiction alone. Don’t turn a blind eye in the hope it will get better since these numbers above prove it will not.

Kratom has been making headlines recently especially after the parents of a young adult found their son dead of an overdose and they have filed a lawsuit. Even though Kratom may be legal, does that actually make it safer? 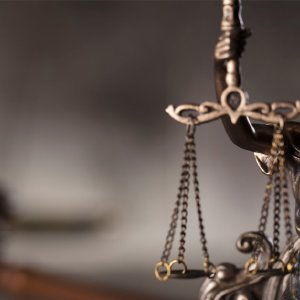