Seeing the World In a Whole New Way

I came to Narconon guarded and manipulative to my core. Yet, I sought a way out of the consequences of my past actions in my mind and body—a slave to my corrupted mindset on life. When I arrived at Narconon, I was surprised to be greeted by individuals not only doing their job but with an aura of passion and care for themselves and others. I met great people who would help anyone.

During the sauna detoxification, I struggled, but with the help of one of my good friends and the Sauna staff, I could get through it and felt much better after.

In Objectives, I realized a lot of things. Past events surfaced and were made aware to me. During this time, I learned how to confront. There was a point when I wasn’t sure if I would be able to finish this program or accept my actions or course for my life. I wanted to leave and return to my toxic habits. As I pondered this decision, I realized that I usually quit most things that seem too painful to face emotionally. But with the skills I gained from Objectives, I could take it one step at a time. As I kept progressing and communicating things that weighed me down, I because more positive and more aware of the actions and impact I had on others and my environment. And for that, I am thankful.

The Life Skills portion was undoubtedly the most valuable part I have done but nonetheless the hardest. Throughout my time in life skills, I tried arguing and putting on a mask to hide behind. The staff never gave up, no matter how hard I tried to avoid confronting the darkest parts of me. I’m thankful for their persistence because I was able to face the darkest aspects of myself and I came out on top. I learned to communicate more effectively. I also learned that hiding and emotionally disconnecting from people is my go-to, but I knew with that, I wouldn’t make it far in life.

“I’m happy to say I have completed this not for others
but for myself. I proved to myself I could change my life and be cause over what my future throws at me. Thank you to all the staff for another chance in life.”

This program is a turning point for me. Throughout the program, it was hard, I hurt, and it wasn’t always pleasant, but had I not stepped out of my comfort zone, the change I needed to make would not have had space to flourish. I’m happy to say I have completed this not for others but for myself. I proved to myself I could change my life and be cause over what my future throws at me. Thank you to all the staff for another chance in life.

Since I arrived, I learned about my environment, others, and how my actions impact everything in my life. I have found my self-control again and can now say I have restored faith in myself. I have learned to be cause over things in life instead of being the effect of it. And that has helped me tremendously. The communication skill I have gained during the program has helped me talk through my problems instead of bottling them up. I have also seen the world positively instead of as the negative abyss I once saw it as.

Getting Off the Road of Addiction

I was an opioid user on and off for the better part of four years. I tried a few different ways to get clean. I attended meetings as well as put all my faith in a Higher Power. Neither of those would last for very long. 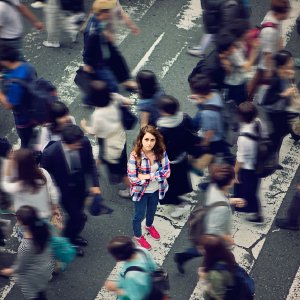