Tackling the Reason I Used Drugs

When I first came to Narconon, I was under the influence of marijuana and some medications. I was a nervous wreck, and I was starting to go down a hole that I knew I couldn't get myself out of. I had gotten kicked out of my mother’s house, and I had nothing. I eventually got to my father’s, where he recommended this program to me. When I first came, I went into withdrawal. I was quiet and did not know what I was getting into. I did not experience any significant withdrawals due to the vitamins they gave me. I then got out of withdrawal.

Going into the sauna was a whole new experience for me. The staff was more than friendly to me. They helped me throughout my sauna program as I went through the days. Eventually, I got to a point in the sauna where I was feeling some of the same effects from the drugs that I was taking before and what they did to me. These effects included depression. I became very sad and quiet, but the staff ensured me that what turned it on would turn it off, so I stayed in the sauna, and sure enough, it turned off. About a week or two passed by before I was done with sauna. At the end, I felt so much better than I did before—it was crazy. The toxins had exited my body entirely, and I felt great. I wrote my success story, and before long, I was on to objectives.

This was a whole new environment for me. The commands were weird to me at first, but little did I know that they were preparing my mind for a freight train of a realization. As I continued on objectives, I saw how my mind started to clear up more and more. I was able to think about the past and the present and the past began to become just that. The past. No longer did those things bother me anymore. Towards the end of objectives, I had a huge realization. I realized that I could control the relationships with the people in my life and who I let in my environment. This caused me to have a whole new outlook on life.

“Narconon helped me to set my life and put me back on track so that I can live a successful one.”

Then I went onto the last part of the program, life skills. Now that I went through the program, I was now able to tackle the reason why I used drugs. I was put on ADHD medication at a young age, and I used marijuana to suppress the significant problems that I had in my life with my parents, as well as the urge to feel normal with the people that were in my life. This, however, was only a temporary fix for the problems I had on the outside. Life skills helped me to deal with all the upsets that I had in my life. I reconnected with my mom and faced the issues that we had. I also fixed all the problems that I had in my life and disconnected from my bad influences and began strengthening my relationships with the good influences in my life. Narconon helped me to reset my life and put me back on track so that I can move forward successfully. I thank Narconon and all of its staff for helping me face my issues, and I can’t wait to start my new life. The world better watch out because there is a new Reggie in town.

I had a family member ask me several years ago what I thought would have prevented my addiction . In other words, what contributed to me going down this road to becoming an addict? For many who struggle with addiction , abuse and trauma play a significant role. 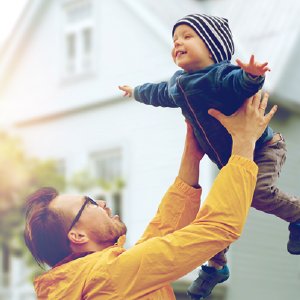