The Dangers of Benzodiazepines

Benzodiazepines, also known as Benzos, are available by prescription only. They are one of the most widely prescribed classes of drugs. The five most common types of Benzos prescribed are alprazolam (Xanax), temazepam (Restoril), diazepam (Valium), lorazepam (Ativan), and Clonazepam (Klonopin). A global healthcare research organization, IQVIA, stated, “there were 45.0 million alprazolam, 26.4 million lorazepam, 29.2 million clonazepam, 12.6 million diazepams, and 7.0 million temazepam prescriptions dispensed in the U.S. in 2017.”

The most common signs of Benzodiazepine use are:

Benzodiazepines can affect your mind by causing amnesia, hostility, irritability, or vivid or disturbing dreams. Therefore, people who typically abuse benzos have no idea what they did when they were on them. As a result, they can have fits of rage, get into a fight, cause destruction and wake up the following day with no recollection of what happened.

Not only are benzodiazepines dangerous, but when mixed with other substances such as alcohol, cocaine, or opiates, they can be deadly. Many people have died due to a combination of these drugs, one of them being Heath Ledger.

When Heath Ledger passed away, he had a deadly combination of oxycodone, hydrocodone, alprazolam, temazepam, diazepam, and doxylamine in his system. It has been said that months before his death, he had trouble sleeping, which is why he had these different medications prescribed. Rumors say he was doctor-shopping for all these medications and struggled with addiction.

His partner, Michelle Williams, had broken off their relationship and kicked him out, and he moved into an apartment alone. He immersed himself in his role as The Joker in The Dark Night. It has been said that his insomnia got worse during the filming. Before he died, he showed no signs of depression or that he was suicidal that night before he died. It was likely the combination of pills that did him in.

Knowing the signs of a Benzodiazepine overdose can save a life.

The signs of Benzodiazepine overdose are:

Benzodiazepines can be extremely dangerous, especially when mixed with other drugs or alcohol. The person can go into a coma due to all the sedatives in their system. Death is uncommon with Benzodiazepines, but it is possible when you mix a cocktail, or a person tries to come off them on their own.

If you stop taking Benzos cold turkey, they can cause withdrawal symptoms similar to alcohol. Benzodiazepine withdrawal is one of the most dangerous withdrawals. Quitting without professional assistance can cause a person to experience sleep disturbance, increased anxiety, panic attacks, headache, palpitations, and sweating. These are just a few. The more dangerous side effects are the risk of seizures and psychotic reactions. A person’s body has developed a psychological dependence on these drugs and a physical dependence on them. Therefore, it is vital that if someone stops benzodiazepine medication, they must do it in a safe environment with the help of a doctor.

If you or a loved one are struggling with Benzodiazepine addiction, reach out for help. They may seem harmless, but they can have a deadly end. It is crucial to get your loved one into treatment and to get help to detox safely. Reach out for help before it is too late.

It All Started With A Pill

Counterfeit pills are hitting the market and causing a huge uproar and overdoses. One of our graduates tells her story of counterfeit pills and how she lost everything and almost lost her life because of them. 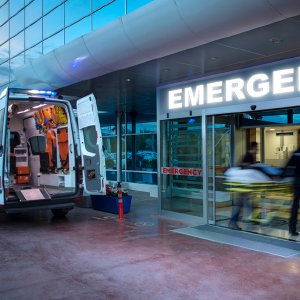 I Am Now Confident About My Future

After a year of sobriety, a Narconon graduate looks back on his life growing up, how he fell into addiction, and his journey to getting his life back together. This is his story. 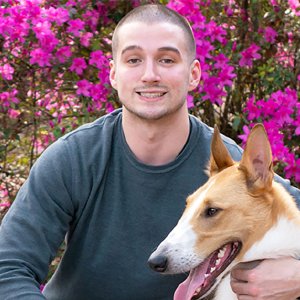