Amphetamines originated first in Germany in 1887. The more potent and more uncomplicated alteration of the drug (methamphetamine) was created later by a Japanese chemist who streamlined the process. During World War II, both sides utilized it to keep their troops awake. The drug is not new by any means. While it was more prominent throughout the 1980s, 1990s, and early 2000s, its use diminished until the past few years. This increase has put it back on law enforcement’s radar.

In the 1940s, methamphetamines made their way to the Berlin army and were introduced in pill form under the name Pervitin. In fact, high doses of Pervitin were given to Kamikaze pilots before they would go on suicide flight missions. Some soldiers noticed they would endure a drug hangover and be out of commission for a couple of days. Others would become enraged and committed war crimes attacking civilians, and others reported attacking their officers.

The 1950s and 60s saw doctors prescribing the stimulants as diet pills or antidepressants. They became widely available and were used by truck drivers, athletes, and college students, housewives and beatniks.

During the early 1970s methamphetamine became classified as a Schedule II controlled substance and to be used only under strict stipulations due to a high abuse rate. Today the legal variation of the drug is prescribed to treat obesity, ADHD and ADD. In the 1980s, as the US tightened regulations around one of the ingredients (ephedrine), illegal meth labs turned to a chemical found in many cold medicines for a substitute to make meth.

Meth is now often found as a powdery or crystallized like water-soluble substance making it easier to inject. People also snort or smoke methamphetamine with what users call a stem or a glass light tub.

The drug is extremely addictive. It changes the emotional and cognitive parts of the brain. Rationalized thinking becomes obsolete, and irrational behaviors occur. Most users’ brain function never returns to 100%. Some do not get the opportunity to have a rational thought or reaction again.

This mentally depleting drug will suck the life right out of a methamphetamine user. It creates a zombified drug-induced state of psychosis, with high amounts of paranoia. Users will often speak of seeing people trying to kill them or police chasing them—none of which are real. They will stare out the window or hide from phantom entities for an extended period. They become very reclusive and typically will not leave their room or house—not in all cases, but most of them. They stay up for days, if not weeks, at a time in a state of psychosis.

Signs of meth include excessive talking. Severe weight loss and dental decay. In fact, the condition of rotting teeth of a meth addict is called meth mouth. Some users focus (tweak) on an item or a single piece of equipment, task, or other activity for an inordinate amount of time.

If you or someone you know is struggling with an addiction to meth, please do not hesitate to reach out and get help. While the willingness to get help makes it easier to get into treatment, it is not completely necessary. Interventions can assist with getting an addict to see they need treatment to get them started on the path to recovery.

Recently in the news, you hear more about Methamphetamine overdoses. So, why all of a sudden is there a rise in them? The reason is speedballs involving deadly Fentanyl. 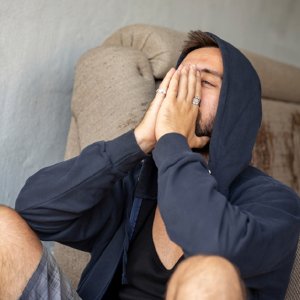 Methamphetamine, most commonly known as crystal meth or ice, is a recreational drug that produces a stimulant and euphoric high. Meth can be smoked, snorted, or injected. Meth is often called “the poor man’s cocaine” as it is much cheaper than cocaine and lasts for much longer.