Every 18 seconds, an American is arrested for drug possession (Centers for Disease Control, 2010). The United States has spent over $14 billion for drug control, of which about 66% went toward incarceration, border control, international production reduction, and other supply-side activities and only about 32% went to prevention and treatment (Office of National Drug Control Policy, 2008). Approximately 70% of state prisoners are there for drug-related offenses (Petteruti & Walsh, 2008).

Basically, the U.S. is wasting billions of dollars by incarcerating drug addicts who are arrested for drug offenses as this becomes a revolving door, if the addict remains an addict. What it should be doing is insisting on treatment for non-violent offenders. This would drastically reduce crime, re-incarceration, and re-arrests while increasing savings because there would be fewer prisoners.

If someone is arrested for possession of an illegal substance, once they are arrested they sometimes sit in prison for a long period of time. We know they are not getting any real treatment for their addiction while in prison. So, they complete their sentence and are released back into the community. Why are we then surprised when they start using again, inevitably winding up back in prison? They haven’t confronted any of their issues, made any kind of amends with their family and friends to re-build their relationships to hopefully have a support system, nor gotten down to the root of why they use drugs in the first place. And they, most likely, return to the same drug-using environment from which they had been arrested.

People use drugs as an attempt to solve some problem they have. It allows them to feel numb and not have to confront the problem. Without helping them figure out how to solve these problems in a different way, other than using drugs, they are going to revert back to the solution that has worked for them in the past, which is using drugs. It’s a vicious cycle and is costing our country billions spending hard earned taxpayers money.

Most importantly and in addition to that, these are human beings who have an addiction. People who need help. They aren’t bad people. They are our family members, our friends and our neighbors. They deserve a chance to change in order to become contributing members of society, not just be put away to rot in isolation. Sure, they have made some bad decisions and some questionable choices in their lives, I’m not perfect either. I’ve never used drugs however I would hope that if it were me, I would be given at least the opportunity to turn my life around. I think it’s important to remember who they were before they started using because I guarantee you they were completely different—the drugs change them.

My point is, with the rate people are dying, as well as the rate we are locking people up, we need to make a change. What we are doing is not working. We need to be giving more support to the treatment centers and insisting treatment for non-violent offenders. With successful treatment, people will return to their work, family, and community obligations and go on to live happy healthy lives. Isn’t that what we should strive for?

Brooks/Cole Empowerment Series: An Introduction to the Profession of Social Work

Tara’s involvement in substance abuse treatment followed her involvement helping a loved one through an addiction. She works in the substance abuse field at Narconon New Life Retreat while following in her mother’s footsteps by pursuing a Bachelors in Social Work.

Should Xanax Prescriptions be Restricted?

Alabama pharmacists are trying to fight a decision to impose additional restriction’s on the prescribing of Xanax in the state. Alabama would be the first state in the United States to enforce such tight restrictions on the medication. 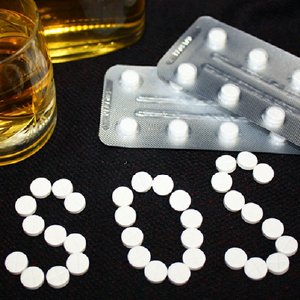 From One Fix to Another

“Addiction hopping is common when people come off drugs. Without substances to turn to, they are looking for a way to escape the world, to feel good, feel nothing, or feel some other sensation.…“ 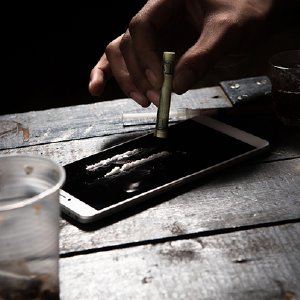