Dealing with Doubts and Allowances in Recovery

Relapse is a constant worry for many families with a recovering addict. This fear will likely take years to fade away if it ever does. One particularly bad day can be enough to push someone off the road to recovery and back down the dark path they walked before getting sober.

Being in recovery myself, I have seen this fear in my family members several times. In fact, it has always worried the members of my family much more than it has worried me. At this point, I am eight years sober, and it has been quite a long time since I experienced any cravings. I would credit this to the effectiveness of the treatment I received. For many, unfortunately, this is not the case. It can be common for those in recovery to be plagued either by doubts about whether they could get away with using or making allowances for themselves.

It sounds insane, but I have met many a recovered addict who fell entirely back into their addiction after getting sober because they decided they deserved a treat. They had been working hard and had been doing so well and figured one beer or joint or pill wouldn’t hurt, and things snowballed from there.

The families of an addict, as well as the addict themselves, need to understand that making allowances while in recovery is extremely dangerous. It opens the door to old patterns of behavior such as, “If I got away with it once, one more time couldn’t hurt.”

Those are the kinds of thoughts that come back. At the same time, less impactful actions similar to past behavior can have an effect too. I have met those that at first didn’t begin by using. They began lying or sneaking around about other things. The stress began to build, and before they knew it, they wanted something to take the edge off and started using it again.

This kind of behavior then, lying and sneaking around could put the person back on the same road that led to addiction. Many addicts used drugs to handle unwanted emotions and problems in their life. Drugs offer the illusion of a release from worries such as feeling like a failure, having a family member that constantly puts you down, or mounting stress from your job. I say it is an illusion because it may seem to handle this at first, but things get much worse over time.

It is harder to feel upset, depressed, anxious, or any other negative emotion when you are numb from drug use. The distractions drugs provide can come in different forms. It could be the numbing effects from drugs such as Xanax or heroin cause, or the high “I can conquer anything” from uppers such as cocaine or meth.

Understanding and facing the reasons why you fell into addiction in the first place can be a huge advantage. It gives you the power to know where the camouflaged holes are and how to avoid them in the future. If you have taken the time to look over how things became the way they were when you were using, you have an advantage.

You can avoid going down the same road by facing issues when they first come up. Also staying positive and doing the right thing goes a long way to making recovered addicts more stable.

A worthwhile exercise for anyone who is early in their recovery would be to go through their past and figure out what catalysts played a role in their addiction. From this, they can form a list of what they need to stay away from in their recovery. It could be certain people, situations, locations, or behavior. Creating this list will require the ability to confront your actions and adhering to it will require an immense amount of discipline.

Another vital skill in recovery is calling yourself out on your own bad behavior. You yourself know better than anyone what is ok for you to do and not to do. There will not always be someone there to tell you to avoid situations. You must become your own guardian. You will need to push yourself to ask for help before things go bad or avoid going into a situation that could jeopardize your sobriety. It may not always be fun but to continue to have the life you want and to continue to do well is worth the trouble.

Doubts about your sobriety, cravings, and wanting to give yourself allowances can be a common part of recovery. How you handle these things will have a huge impact on your success in recovery. If you don’t know where to start, please give us a call. We are always happy to help people achieve and continue their successful recovery.

I am Sober. What Now?

Having a plan upon leaving treatment has a huge positive impact. We take a look at what steps someone can take to increase their chances of staying sober upon leaving drug rehab. 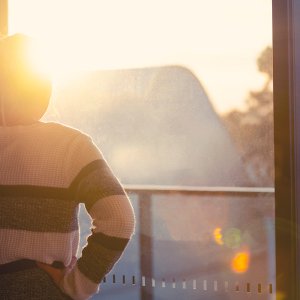 Sober Tips for the Holidays

With the world as crazy as it has been, I expect the holiday season to be pretty much the same. Keeping this in mind, we have decided to republish our holiday tips for having a safe and sober holiday season. 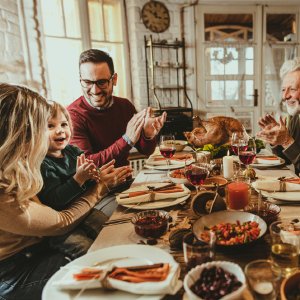