As technology has made advances in almost every area, medicine, artificial intelligence, automobiles, green energy and much, much more, how is it possible for there to be more and more drug overdose deaths?

2022 marked a year where Fentanyl became the leading cause of death for Americans ages 18 to 49, according to a Washington Post analysis. Fentanyl has made the war against drugs almost unwinnable for several reasons; its potency, that it is cheaper than other opioids and it has proven easier to smuggle since smaller quantities are more profitable than larger, easier to identify kilogram bricks of other drugs.

As a direct substitute for heroin, it is 50 times (while some say up to 100 times) more powerful, creating a situation where a person, unfamiliar with this potency, could overdose just by using their usual amount of heroin which may have been laced with Fentanyl.

Fentanyl can be licit, meaning it is sometimes legally produced (although still subject to trafficking and misuse) and illicit (meaning produced for illegal trafficking and abuse). Legal pharmaceutical Fentanyl was developed in 1959 and is used in pain management for cancer patients or in emergency departments for those suffering from severe injuries like a ruptured brain vessel or third-degree burns (a burn that will result in tissue damage). It can be administered through a patch, orally as a pill, nasally as a spray or a lozenge. Legally manufactured and distributed in the United States since it was developed, Fentanyl can also be obtained illicitly by fraudulent prescriptions or patients selling their prescriptions.

However, most of the Fentanyl sold on the street is illicit Fentanyl manufactured in foreign labs and then smuggled into the United States. Since there is obviously no oversight or government regulations in these foreign countries as regards the manufacture of Fentanyl, we in the US sit once again at the effect of those who proffer from the drug trade.

Where does the Fentanyl that arrives in the US come from? An unclassified document from the DEA (dated January 2020) states the source countries for Fentanyl and Fentanyl related substances into the United States is Mexico and China. The report also notes that India is emerging as a source, possibly due to an increase in regulations imposed in China since China’s President XI in 2018 committed to designate the entire category of Fentanyl and Fentanyl type substances as controlled substances, according to CNN.

With the implementation of China’s regulations regarding Fentanyl, Fentanyl production and trafficking from China to the United States may have declined, but Mexico and India both stand poised to fill the demand, ready to flood the United States with it, prospering in the illicit drug market, with no regard to any casualties.

An article titled US OVERDOSE DEATHS HIT RECORD 107,000 LAST YEAR, CDC SAYS, reports the 2021 total translates to roughly one US overdose death every five minutes, a 15% increase from the previous record. While you are reading this article, someone will have died from a drug overdose. Another family is losing a mother, father, sister, son, or daughter.

The United States, in fact many other countries in the world possess infinite capabilities, the technology advances as stated above and have resources too numerous to list, so it is unlikely addiction deaths cannot be significantly reduced.

At this point one would have to assume there is a calculated and direct opposition to eradicating addiction. We also cannot assume this will be wisely fought on our behalf by our local, state, or federal government. While there are entities who fight the good fight, they are not widespread or powerful enough to achieve the headway needed for overdose deaths to decline, despite our numerous advances across every sector in the way of technology. In fact, it is such advances in technology that have become a liability in the war against drugs since more analogs and ways to create cheaper (and more unstable) drugs are produced.

It is time to recognize someone(s), or something(s) are pushing back by producing more drugs and flooding them into our communities. The result – another person dead every five minutes. The best defense is to fight the battle head on with each addict. You or I may not cause effective change to India’s governmental policies regarding Fentanyl or the degree to which the drug enters the United States via Mexico, but we can help and aid those who need treatment.

We can help you fight the battle – one on one. Call for advice in helping your loved one, whether they come to Narconon or another treatment facility. We need to tackle this together on a one-on-one basis, getting each addict sober, one at a time.

Our Intake Specialists are here to help. Call us.

Overdoses at an All Time High

It has become more common to hear about drug overdoses and drug-related deaths in the news. From 2020-2021 there was an increase of almost 15% in drug overdose deaths. Why suddenly is there such a spike in this occurring? The answer is simple, because of Fentanyl. 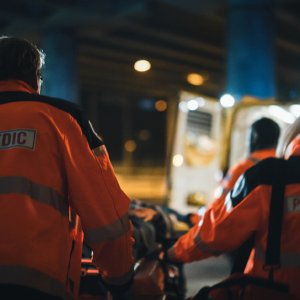 Music festivals and concerts are fun but no matter how much security, drugs still find a way to get in. Alcohol is either sold or snuck in, leading to alcohol overdone, dehydration and hospitalization. 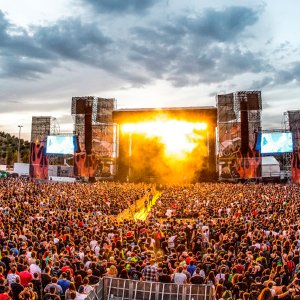