Very few people who use drugs, like heroin or cocaine, test their substances.

This means shady dealers can easily slip much less expensive fentanyl into the drugs often without the user’s knowledge. Because of the unpredictable nature of the drug, and the many different variants, one batch can be hundreds of times stronger than the last.

This leads to a phenomenon of people taking intravenous opiates as a kind of Russian Roulette—never knowing what they are going to get. This attitude is part of what has led to such a dangerous spike in overdose fatalities related to fentanyl.

In the past three years, over 60% of opioid-related deaths were due to fentanyl. When you consider the fact that fentanyl is about 50 – 100 times more powerful than morphine, it isn’t hard to see why it’s killing so many people. To make matters worse, one of the factors that contribute to its deadliness is its widespread availability.

Because fentanyl is so cheap to produce, analogs can regularly be found in more expensive street drugs such as cocaine and heroin. There is a good chance that if someone you know overdoses; it will be from fentanyl. This is not something everyone realizes, and the number of people abusing the drug has been steadily increasing since 2010. Whatever is causing such a drastic increase in the number of users, people need to be more informed about fentanyl.

Although fentanyl was found mostly in the form of a prescription patch, modern fentanyl use has been relegated mostly to black-market chemicals. The scene is an unpredictable one, and most of the fentanyl is manufactured overseas in China. In these conditions, the final product can be a real mixed bag.

To put it bluntly, American consumers aren’t even remotely sure of what’s in the drugs they are using. Most of what is sold as “fentanyl” in the United States turns out to be one of many different synthetic imitations of the drug. By making slight changes to the chemical sequence of the substance, drug manufacturers end up with similar ones which are often much stronger.

There is little if any regulation on what gets shipped to the United States as a final product, and even less by drug suppliers on what gets sold on the street.

If more people realized where these drugs were coming from and how deadly they were, they would understand how important it is to stop using them.

If you or a loved one is struggling with fentanyl abuse, that person is in danger. Reach out to someone who can help.

What You Need to Know about Fentanyl

Fentanyl is taking funeral homes by storm. Fentanyl, also known as Actiq, Duragesic or Sublimaze in its prescription form, is a potent painkiller developed in the 1960s to treat extreme pain. Some strains of Fentanyl can be 50 times more powerful than morphine. According to a U.S. 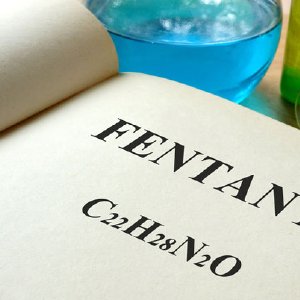