How Do Drug Sniffing Dogs Work?

Dogs have always been a part of our lives for as long as we can remember. Humans have learned to adapt dogs to various uses over the years. Dogs are most commonly used for companionship, hunting, service roles for people with disabilities, and of course using their powerful noses to find things. Though most people don’t know how these detection dogs work.

They have been used in detection for almost a century due to their great sense of smell. Dogs’ sense of smell is about 10,000 better than that of a human due to the large number of olfactory receptors. The part of the brain used to detect and analyze smells is also about forty times more efficient than ours.

The history of detection dogs begins around the 1940s. They were first used to detect German mines in the North African theater of World War II. Detection dogs can be trained to sniff and detect a plethora of objects. They have been used to help locate invasive species of animals using the animal’s scent. They can also help look for missing people during natural disasters as well as find human remains in the rubble. Detection dogs can also be trained to detect a low blood sugar level in a person and will indicate to their owner they need to take their medicine. Detection dogs have also been used by law enforcement to find and detect explosives, contraband electronics, large amounts of currency, and illegal drugs.

Detection dogs in law enforcement can only be trained for one particular job, whether it be bomb-sniffing or drug-detecting. A detection dog cannot be cross-trained. Most law enforcement agencies prefer the use of German Shepherds or Belgian Malinois because of the intimidation factor when facing an alleged criminal, but any dog can become a detection dog. Some dog breeds have a better sense of smell than others so training the dog might prove to be a bit more difficult. The most important thing needed to make a detection dog is finding a dog with the right temperament.

Potential dog candidates are normally trained from when they are just a puppy as it makes things much simpler. Dogs must pass several obedience courses before they can move on to the detection training. A dog must have a good bond and be able to communicate effectively with its handler. The dog must be able to signal and point out the location of the contraband. This is usually done by sitting and signaling to the location of the object with its nose.

After the obedience training, the dog is given the actual substance that he will be trained to detect. Positive reinforcement is used to encourage the dog to keep finding the contraband it is trained to detect. The dog will either be fed a treat or given a toy to play with. The search is made to seem like a game for the dog and the treat or toy to be a reward. This encourages the dog to continue that behavior. After the dog is trained, the dog and handler must always work as a team and the exercises must continue several times a day throughout the dog’s career.

If you learned something you didn’t know please like our page for more interesting articles.

When I first got to Narconon and before getting through of withdrawal, my physical cravings were incredibly high and at times it seemed like they would never go away. My stomach was constantly upset, my head pounded daily, I had a strong desire to stay tucked away in the darkest of areas.

Providing addicts with a safe, peaceful atmosphere where they can achieve permanent sobriety has always been the goal of Narconon Louisiana. Narconon Louisiana is proud to announce that 90 individuals have graduated from the Narconon program in 2016. 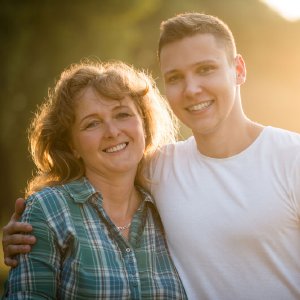