How to Be a Rebel, Fight and Stay Unique While Getting Sober

I started rebelling in my pre-teen years. I remember feeling like I was different than everyone else. It wasn’t until I was older, I discovered pretty much everyone feels like that at some point.

My rebellion began in small ways; questioning my parents’ decisions and methods, questioning my teachers’ intelligence, questioning what I was being taught at church, etc.… I was a normal kid in that way. Then my rebellion progressed into more extreme behavior. I began sneaking out, using drugs and alcohol, sleeping around, listening to music that encouraged fighting against any authority, fighting against my parents and teachers and just generally hitting the F@$!-It button.

Sound familiar? Pretty soon I got good at physically fighting too and didn’t care if you were a man or a woman. I just wanted to HIT and in some weird way I wanted to feel pain, too. Fast forward about a decade or so and I had become the embodiment of my rebellion. I was unique, quirky, tough, aggressive, sad, and very angry.

All my lofty ideas about being different and exploring unique ways of living had somehow turned into me being divorced, homeless, not welcome at my parents’ home and very broke. I didn’t finish college, I quit every job I didn’t get fired from, I couldn’t maintain relationships… you get the picture. Worst of all, I had to get high or drunk to function amongst “regular” people. Yet I held all these “regular” people in total disdain.

Even at these low points in my life, I still thought I knew more than them, was more real than them, was more honest than them and that I understood the way the world really worked better than them. I thought I had just had a terribly unlucky hand dealt to me and blamed everyone else in my life for the condition I was in. I had become great at fighting AGAINST the whole world, but what I really needed to do was fight FOR something.

So here is my story and it is followed by my step-by-step process for getting sober but maintaining a unique and rebellious fighting spirit that probably is a huge part of what makes me, ME. My story involves a lot of unnecessary and painful steps filled with failure and anguish that I recommend others skip. Hopefully, you can learn from the mistakes I have made and maybe the ones you are currently making.

If you’ve already been stuck in the failures and misery of trying to get sober again and again, I want you to know there is hope and there is relief and success waiting for you.

The first time I decided to get some help it was because my back was against the wall; I needed to salvage my marriage and get my husband off my back. People who love you can be such pests when it comes to wanting you to stay clean. My husband was one such pest. So, I began attending twelve-step meetings. I am not knocking the twelve-steps, I am simply saying they didn’t work for me and they didn’t work long-term for anyone I knew.

The biggest thing I felt and noticed about twelve-step meetings was I was not happy, and others there didn’t seem super happy either. I felt like every day of my life would be this banal and boring and miserable attempt to not use. BUT every counselor, every rehab, every court system and every doctor in the US recommends and even insisted twelve-step is the way. So, I kept going. And I kept failing.

I kept being miserable and wanting to use drugs or drink because it didn’t feel better when I didn’t. In fact, being sober felt AWFUL. Then I went to many, many rehabs, sometimes even because I genuinely wanted help. I also took all the psych meds doled out to me and accepted all the different diagnoses from many doctors. After all, they were doctors and psychiatrists and therapists! These are the people we are supposed to listen to and trust, right?? Big surprise (and probably sounds familiar) none of it solved my problems or made me better.

Then I tried a few non-twelve-step rehabs. The bad thing about these was they used some silly methods to take the place of the twelve steps. Example: Picture your rebellious but miserable self in a dimly lit room during a group therapy session. The counselor uses her most soothing voice to get you to stand up and come to the front of the room. “Look in this mirror in front of everyone and say something nice to yourself.” Can you see me rolling my eyes?

Those inspirational methods might help 11-year-old girls learn a little self-love, but for a grown woman who is an addict and has lost everything, it only served to piss me the hell off. Anyway, after about a decade filled with jail stints, failed relationships, general misery, and SEVEN rehabs—I made a decision. I was going to try something totally different. I figured it probably wouldn’t work but I was going to give one more rehab the old college try.

I was fully committed to my decision and had even set a strict rule for myself: I had to really try hard and fully commit to the program. Otherwise, I wouldn’t feel justified in saying it didn’t work for me. That was my only rule.

Then I set off to find the most different and original rehab I could. I spent about a week Googling, calling and asking lots of questions over the phone. I knew I would just KNOW when I found the right place. Most of the places I read about all sounded the same. Most of the ones I called left me talking to a person who either wasn’t a recovered addict or who sounded like they barely cared.

Then I spoke with the woman who would change my life. This lady KNEW me. She WAS me. She had been to ten rehabs, she had failed and lost everything, she used to hate waking up every day, etc.… Most of all, she really seemed to care. She talked to me every day for many days in a row before I finally gave in and admitted to myself this was the one.

Then they explained they were not twelve-step (score!), they were not religious-based but would be happy to take me to church every Sunday if I wanted to go (sweet!), they would not dope me up with psych meds and various other medications to turn me into a zombie (wow) AND after physically rehabilitating me, they were going to help me find my actual underlying issues and help me solve the problems that made me use drugs and alcohol.

They were going to help me in every way possible. I was sold. Fast forward ten years and I am sober, happy, productive and healthy. I help others and I laugh. Every. Single. Day. I don’t have to go to meetings or think about using every day. I just live life to the fullest.

This treatment facility was against the advice of every doctor, psychiatrist, therapist, court and even some family members. But I rebelled, fought, and did what was considered very weird by some. I wish I would have done it sooner and I hope you do it asap.

The step-by-step process for attaining the amazing results I got:

Step 2: Talk to them, ask questions, listen to their story and decide for yourself.

Step 4: Live the rest of your life.

(To preserve privacy, the photos do not show the people featured in this article.)

Finally Found the Real Me

One of our graduates tells his story of how his life was a mess before arriving at Narconon. After going through the program he now has learned to be responsible and has changed his life for the better. 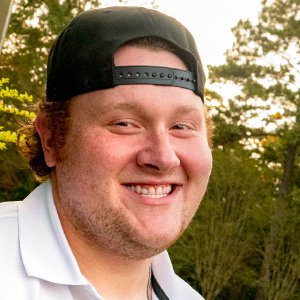