My Life Was Shaken, Not Stirred Until I Found Narconon

“Finally. Almost there. Just one more step. Come on, you can make it. This is a nightmare.”
I told myself as I walked down my basement stairs towards a half-gallon of Jose Cuervo waiting to provide relief from the pains of withdrawal. My body aching and trembling, I couldn’t get there fast enough. My legs shook so violently and trying not to fall with each step took tremendous effort. The manifestations of the physical dependence I had on alcohol was setting in. I was disgusted with myself as I desperately made my way to the bottle. When I finally got there, I collapsed with relief tipping the bottle to my lips and waited for the warm intoxication to take everything away. It was then that it hit me; what I had become. Tears began to roll down my face.

“I couldn’t ignore my reality anymore. I had become a shell of the person I once was and had given up everything because of alcohol, including the control of my own mind and body. I needed help. I needed Narconon.”

I couldn’t ignore my reality anymore. I had become a shell of the person I once was and had given up everything because of alcohol, including the control of my own mind and body. I needed help.

Living as an alcoholic, I tried to accept and ignore the ways in which my life had deteriorated. I found it easier to continue to find solace in another pint than to face the reality that every drink was destroying me more and more. I lived in a haze of either blackouts or withdrawals with no state of being in between. Shaken, not stirred. That is the best way I can describe my life as an alcoholic before I arrived at Narconon. What began ten years ago as a ritual of indulging in a martini or two after work had developed into a full-blown physical and mental dependence on the bottle that ruled and ruined every waking moment of my life.

My spiral into alcoholism was slow, yet steady and consuming. I had struggled with drug addiction in my teens and early twenties and once I finally got clean, I began to make positive advances in my life. Starting with nothing but determination, I ended up developing a successful career with a highly prestigious and globally recognized fashion label and was outwardly functioning at the top of my game. On the inside, however, I was still struggling with the depression, self-loathing, and inability to cope with the insecurities that had plagued me since childhood and had caused me to turn to drugs previously. This, coupled with the stress and pressures of professional success, led me to turn to alcohol for a quick release and escape.

Eventually, my professional life got better, yet my drinking got worse. For years I remained “high-functioning,” focusing on work during the day and drinking myself into a stupor at night. The point where my drinking problem fell off the deep end was about three years ago after I was subjected to a traumatizing sexual assault. I couldn’t cope with what had happened and turned fully to the bottle, neglecting almost everything else. The years following would be a roller coaster of futile attempts at normalcy and alcohol-fueled failures that left me jobless, penniless, and destroyed on a basement floor.

I had tried other treatment centers for my drinking problem but I left each one feeling I had gained nothing and ended up back on the bottle in no time. I knew in order to really get sober and change my life for good, I needed a program that would help me repair my whole self, not just the problems on the surface, and that is exactly what the Narconon program does. So, I ended up on a plane to Narconon. That decision not only saved my life, but it gave me my life back as well.

Because of my physical dependence on alcohol, I anticipated the withdrawal period was going to be rough, but with Narconon’s drug-free approach and the care of the staff, I was able to get through it relatively easily. Throughout each step of the program, I began to transform into a healthier, more confident person inside and out. After the Sauna program (New Life Detoxification), I felt physically healthier and more vibrant than ever before.

Then I was ready for the next step of learning how to effectively confront my own reality and the world around me. I found the most significant change occurred during the Life Skills portion of the program, where I really had to dig deep into the issues in my life and face them head-on. It was then I was able to find, for the first time in my life, the reasons why I drank and used drugs. Finding and acknowledging the ‘why’ allowed me to handle and eradicate the issues that had burdened me for so long and finally gave me freedom from having to choose substances as a coping mechanism. This freedom and obtainment of control over my own life is invaluable and something I could have only achieved through the Narconon program.

Alcohol use can be a slippery slope that rapidly progresses from social drinker to a full blown alcoholic. When does the occasional drink turn into alcoholism and what is physical alcohol dependency? 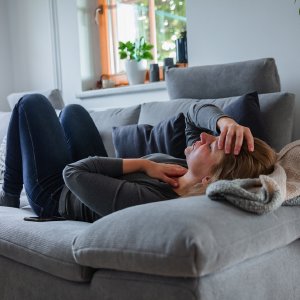 Signs that Drinking is Becoming Alcoholism

As with all substance dependency problems, the transition from occasional drinker to struggling with alcoholism can be gradual. Therefore, it is essential to learn how to distinguish occasional drinking from alcohol addiction. 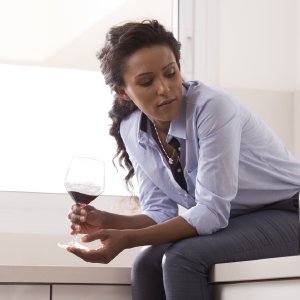