In society, we tend to be judged on our success in life. For instance, how many accomplishments we have completed toward a major life goal. While this is a widely accepted basis for forming opinions on a person’s worth in society, it is a bit two-dimensional. A strong foundation on which we should judge ourselves is our ability to survive and our impact on the collective survival of those around us.

Success is defined as “the continuation of life and prosperity.” On paper, success seems to be the most favorable goal to attain in one’s life. To a certain extent, it is. However, survival encompasses not only success but the game of life in its entirety. Success, well-being, a sense of community, self-actualization (the realization of one’s full potential), etc., all fall under the umbrella of survival.

A reality we must face, however, is one cannot abuse drugs and survive. The misuse of legal drugs or the abuse of illegal narcotics is a direct act against survival and success. If a person uses drugs, they are poisoning themselves little by little no matter if the apparency is the opposite. A dangerous justification for the measure of the success of a person cannot ignore drug use since it may give an outward look of success.

A rich man can have a lower quality of survival than a poor man for many reasons. If the rich man leads a life of crime, is cruel to others, or uses drugs, his survival can be severely damaged. Yet when judged not looking at the entire view of success, he may look miles ahead of a man who is in a lower tax bracket with a less valuable house or car.

A common occurrence is for an addict to reject the pleas from his family and friends, stating he has too much to lose. Drugs tend to cloud our reality, and it causes us to justify our drug use. As a parasite tricks our white blood cells into ignoring the invading presence in your body, drugs trick us into believing we need them to survive.

Success, survival, and sobriety go hand in hand. Even though someone may seem as though they have it together, they could be crumbling on the inside. After that, it is just a matter of time before everything comes crumbling down around them. One may have a successful business, be a prominent figure in their community, or be a dedicated churchgoer, but none of those things matter when drugs are involved. Drugs rob us of our health. They are illegal and will inevitably lead to a downward spiral if treatment is not sought. Success is not a justifiable excuse for denying yourself treatment. One puts in danger all the success and assets they have worked towards by denying treatment.

“Rehabilitation is the only way to be able to break free from that skewed reality.”

Rehabilitation is the only way to be able to break free from that skewed reality. Treatment gives a person increased awareness of the exact conditions they are surrounded by. When he is aware of these actualities, he knows the actual situation and can act sensibly. Treatment does not shut one off from the world; it nurtures a person’s mental and physical health, so they keep the things in life that drugs have endangered.

Here at Narconon, we work to help people get their lives back on track. We give them the tools to be successful and learn how to survive with any obstacles that may come their way. If you or a loved one are struggling with addiction and feel that everything you have worked for has crumbled, you are not alone. Reach out for help before it is too late. You can repair the damage and destruction; it starts with taking the first step and reaching out.

Nine years after doing the Narconon program and getting sober, one of our writers shares how his life has changed; from growing up and becoming addicted to his journey back and his life today. 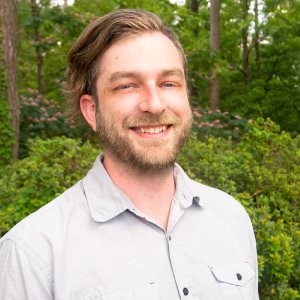 I Never Gave Up The Fight

I know addiction to any substance can be life-threatening and tears a family apart. It’s hard to find or seek help when you are deep in your addiction. I was at the point where I severely needed help. 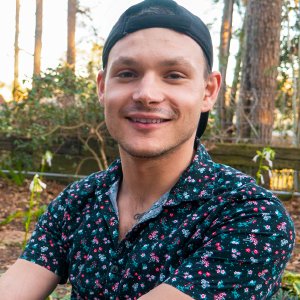