Over the course of Trump’s Presidency, he has hinted several times at the idea of getting tougher on drug dealers and possibly imposing mandatory death sentences for drug dealers.

“Some countries have a very, very tough penalty. The ultimate penalty,” he said. “And by the way, they have much less of a drug problem than we do. So we’re going to have to be very strong on penalties.” —President Trump Speaking on March 1st, 2018 at the White House.

The country he is most likely referring to regarding tough penalties is the city-state of Singapore. Singapore has practiced capital punishment since they were a British colony. They are known for having some of the toughest drug laws in the world. A person found to be smuggling 15 grams of heroin in Singapore would face a mandatory death sentence. Comparing that to current American laws the same person would face 5 to 40 years of prison time.

Another big difference in Singapore, as opposed to America, is that “innocent until proven guilty” is not the legal standpoint. Meaning if you are shown to have a connection to drugs, or they are on your property or even if you have a key to where drugs are being stored you can face the death penalty. This means you are guilty until you prove you are innocent and in most cases, the accused are often poor and not very well educated or from outside the country and struggle with the language.

Human rights activists argue that there is no proof that capital punishment for drug crimes do anything more to curb crime than lesser punishments. At the same time, It is hard to say how this would work in the US.

Singapore has a population of 5.6 million while the US has a population of over 323 million. Another major concern is where you draw the line—many addicts sell drugs to support their habit and they would also face execution. The other scary factor is that it could be a slippery slope for addicts. In the case of the Filipinos, citizens and police have federal approval to execute not only drug dealers but also addicts.

What are your thoughts—should drug dealers face mandatory execution?

Top 12 Deadliest Drugs in the US

Drugs are one of the single greatest medical innovations, saving countless lives each year. However, for all the lives drugs save, they are also responsible for causing death as well, through both accidental and purposeful injuries. 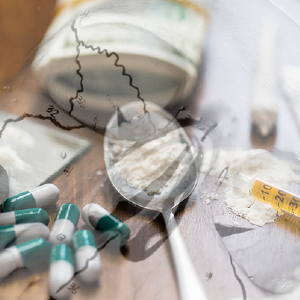