I started with alcohol and weed in middle school. It was the thing to do amongst my friends at the time, so I mean, why not?

“Why Not?” quickly became my catchphrase and I would later regret this. I smoked and drank starting in middle school and by the time I was in high school, I was experimenting with inhalants, somas, and triple c’s. I didn’t enjoy them, so I stuck with the alcohol and weed.

I liked feeling like a party girl and going to keg parties every weekend. When I turned 21, it was bars almost every day on top of day drinking. I did not see any problem with it, but eventually, I got bored and wanted to try something more exciting. In my early 20’s at a friend’s house, I was extremely drunk. We wanted to sober up to keep the party going, so my friend pulled out a small baggy that had some white powder in it; it was cocaine. Why not?

I ended up doing the whole bag with him and enjoyed it so much. I finally found a way to sober up enough to keep partying. I enjoyed it more than I wanted to smoke, so there was my first switch to a new drug of choice, cocaine and alcohol, a great combination. Once my tolerance seemed to get a little too much, that same friend convinced me to try ecstasy.

I was dealing with depression, and from what I had been told, it made everything feel great, so here we go again, why not. I liked feeling everything was great without facing reality. So, every chance I got to take it, I would. Going out to bars and doing ecstasy or just doing it at home by myself, I did not care. On top of this, it just so happened the person I could get ecstasy and cocaine from lived right next to the bars I would go to. I did not realize how much of a mess this would turn my life into.

Before long, I started to add acid and mushrooms into the mix. Everything felt so surreal, no more depression, no more getting in my head. This could only last so long, though. I felt I was bad at talking about my feelings, and I like to act like everything is great when it is not, so anything I could do to keep myself from overthinking was what I would do. Eventually, a traumatic incident occurred when I was 24. I felt useless, and I had nowhere to go and no one to turn to. So, I turned to the one thing my friend had described as something that will make everything disappear. You will not care about anything, you can have the worst day ever, and it would not matter. That drug was called heroin.

At first, I would only do it occasionally, thinking that if I only did it once every week or so, I would not get addicted. I thought I had complete control but boy was I an idiot. Every couple of weeks turned into every week, and that turned into every day. I got addicted, and I got addicted fast. However, when I could not get it, I had to turn to something that would black me out, and that was inhalants. I never thought I would be going through the Walmart aisles buying aerosol can after can. I would switch off from inhalants to heroin then back to inhalants.

As long as I was emotionally not there anymore, I was good. I did not see how much my personality changed because of all the shit I kept putting into my body. I did not even care about going out anymore. I would make plans only to cancel them because I wanted to spend as much time in bed getting high off dust-off and heroin. I wish I could say this was the worst it got, but I spent several years in and out of addiction treatment centers before finally finding my way to Narconon and straightening out my life.

“There is a way out of this mess,
don’t be afraid to reach out for help.”

Things are much better now. I am sober and happy and for the first time in a very long time, I wake up each morning knowing things will get better from here. There is a way out of this mess, don’t be afraid to reach out for help. 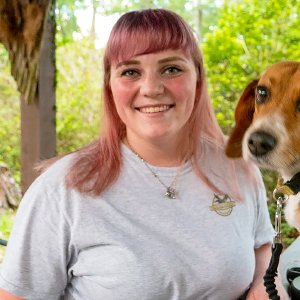 A graduate of our program shares her decent into cocaine addiction. How does someone become addicted to cocaine? Describing her life, she discuses the precipitating factors and how her life fell into disarray due to her cocaine use. 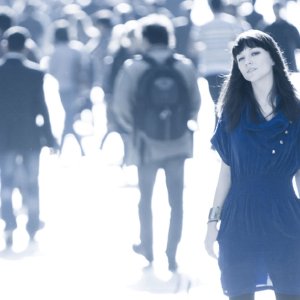