Accepting My Past and Moving Forward In Life

Before I decided to go to Narconon, I was mentally, physically, and emotionally drained. I remember laying on my couch defeated, exhausted, and just sick and tired of being sick and tired. For as long as I could remember, I had been suffering silently. I would keep all my feelings and emotions to myself. I had been running from my past and pretending that nothing had happened. I acted like I hadn’t been through some extremely traumatic situations and experiences. I would block them out of my memory, hoping they would disappear. But, I must be completely honest and say some of my past could give the strongest people nightmares.

I was at my lowest point and about to throw my hands up and give up for good. I’d lost four important people and friends in a short time, and I was struggling mentally. That same day while I was lying on my couch, barely able to have enough strength even to open my eyes, my friend reached me. He knows my history and the point I had reached in my life, which wasn’t good. He urged me to go to Narconon. He told me he was back in treatment and suggested I try it.

I called and talked to one of the intake specialists thinking there was no way. But little did I know, the staff took me in with open arms. Two days later, I was in withdrawal. At that point, I think I put the entire Narconon staff on their toes, and they were ready to handle me. I feel like my whole attitude changed the moment I arrived, and I was just grateful that someone had thrown a lifeline at the perfect moment.

I started sauna, and with one of the girl’s support, day by day, I began to feel like a completely new person. Then I started Objectives. Again, with the same girl right by my side. With her help and support as my twin, I began to confront all my pain and guilt. For a long time, I had been attempting to mask all these problems by using drugs to check out of reality. As I sat and talked with her, I told her about my past through running Objectives. I began to explain, relive, and put all those situations and events I have been trying to cover up and ignore for the past seventeen years behind me. I told her things I’d never told a single person before. No matter what, she was beside me, holding my hand, cheering me on, and even crying with me on more than one occasion. I could feel the weight of those burdens be lifted and gradually felt relief.

My relief didn’t stop at Objectives. In Life Skills, I did handling with my family and children. I was able to reconnect with my three sisters and take responsibility for my past to them. I also disconnected from the people in my life that had a negative impact on me.

“I will forever be grateful for you guys giving me my life back, and that kind of thing could never be repaid.”

Today I stand here, grateful and appreciative to the entire Narconon staff. I have so much for every one of you guys, for your constant support and wisdom shown to me during my entire program, and I will forever be grateful for you guys giving me my life back, and that kind of thing could never be repaid.

Moving Forward My Life Back
AUTHOR

Leaving the Past and Moving Forward

One of our most recent graduates tells her story of how she used meth for over forty years. After trying many treatment centers, she gave Narconon a chance and now is living life sober. 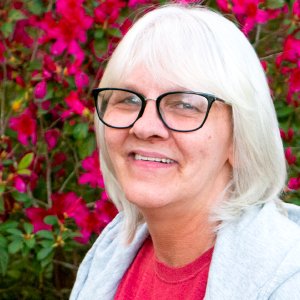 Finding Who I Really Am

After struggling with addiction and lossing who he was; Marty is ready to live the rest of his life happy and drug free after completing the Narconon program . “I know who I am and what I want to do for the first time in a while.“ 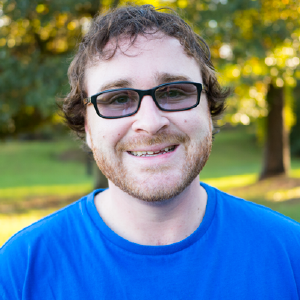