Though some individuals who struggle with addiction might fall into it seeking a good time, it seems the vast majority do so as a means of escaping deeper issues. In fact, oftentimes, addiction itself can cause further trauma—whether it’s trauma caused by another’s drug use or trauma received from bad situations resulting from one’s own use.

While some schools of thought focus on abating the lingering effects of trauma through sedation or learning to live with the damage, this is not what I have personally found to be effective. Through my own experience, I found sedation was more of the same. I became that person who used substances to drown out my own problems. I found that both learning to live with trauma without sedation or medication (self or from a professional) were seemingly impossible on my own. At one point, I believed these were the only two options. However, this is not the case.

While these two routes may have been easier to face, neither one ever seemed to open a door out from under my addiction and trauma. I feel fortunate to discover what I did—a way out.

Facing and handling your trauma is hard but not harder than living the rest of your life using drugs and alcohol to run away or living miserably with it. It’s hard but possible, I should add.

Though it takes professional help to push you through it since there will be times when you can’t move forward due to fear, anger, frustration, or even being unable to spot what it is that eats at you. This is what makes dealing with trauma hard and nearly impossible to face and fully resolve alone.

I have heard so many claims, “you can do it on your own,” only to find out that all the good intentions cannot overcome the internal demons one must face. This results in relapse or worse.

It is key to remember a person will have to be sober with a clear enough mind to tackle those demons. Diving into therapy to address trauma while either intoxicated or facing withdrawal symptoms can severely decrease the effectiveness of such an endeavor, likely doing more harm than good. Being intoxicated can make a person’s mental state shaky, and those struggling with withdrawal symptoms will often choose to simply say whatever they can to be done with the counseling. And not because they do not want the help. If you have ever been sick or getting over the flu, that is mild compared to coming off of drugs. Now imagine trying to discuss the bad things you had done and that had happened to you while all you can focus on is feeling better.

Trauma is devastating when it is left unaddressed since it is not some distant memory easily forgotten. Instead, it lingers, coming to the surface whenever something presses on it. This could be stress, a new upset, or even boredom. If you have ever seen someone experience the restimulation of past trauma, you know how hard-hitting it can be. For those struggling with addiction, the restimulation of past trauma can be accompanied by intense cravings. This can drive someone in recovery to scramble to get their drug of choice to alleviate the negative emotions accompanying the memory of the trauma.

Therefore, being in a secure location, hopefully, outside the area where one used in the past, is the best set of circumstances. If a therapy session ends before making headway or leaves the person in a state of being caught up in the memory of a said trauma, they are not in a position where they can escape with access to their drug of choice. It is dangerous to dive back into trauma and face it while having access to drugs since relapse becomes more than probable. This is especially true with drugs like fentanyl that have skyrocketed the number of deaths associated with drug relapse.

I know this can seem daunting at first, but there is good news—there is a way to escape this routine and trap. Residential treatment provides the resources for you to confront your demons while in a safe environment where you cannot use drugs or alcohol. This enables you to conquer the demons and learn to deal with them. In addition, life skills such as communication and goal setting enable you to put your life in a new direction. The journey might be hard, but it is worth it. I can personally attest to that.

Has the opiate crisis gotten so bad that even animals in the ocean are being contaminated? Unfortunately, the answer is yes. In the Puget Sound off the coast of Washington State, a monitoring program discovered that mussels tested positive for opiates. 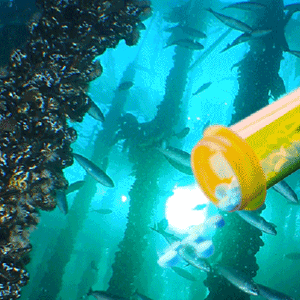 The most nerve racking step for every parent with a loved one in recovery is when they are discharged from addiction treatment . Old emotions and memories of the past come up, unsettling everyone involved. 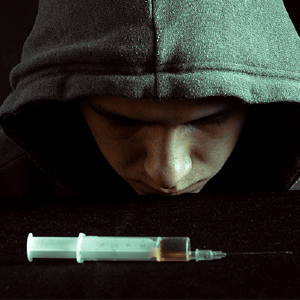