Daily Marijuana Use Linked to Psychosis

A new study recently published in The Lancet Psychiatry by Marta Di Forti, a psychiatrist and clinical scientist at King’s College in London, shows that daily consumption of pot, especially high-potency cannabis, increases the odds of having a psychotic episode. A psychotic episode is described as losing touch with reality. Several studies in the past have shown frequent marijuana users struggle with psychological problems, but as marijuana becomes widely accepted, more potent and legal, the long-term effects should be considered.

Marijuana is promoted as healthfulness, but there are some serious health risks connected with regular use. One of the more severe risks is the higher potential for psychotic episodes.

The study researched 901 people ages 18 to 64 who were diagnosed with their first episode of psychosis between May 2010 and April 2015, at a mental health facility.

The researchers asked the patients at the mental health facility, and a controlled group of 1,200, plus an undisclosed number of healthy people about their habits, including their cannabis usage. They asked if they used cannabis, when did they start using and what kind of cannabis.

The study found those who used pot daily were three times more likely to have a psychotic episode compared with someone who never used the drug. The study also showed those who used high-potency marijuana had almost double the odds of having psychosis compared with someone who had never smoked pot. The authors of the study consider “high potency” marijuana to be a harvest with more than 10 percent THC content, which is the composite responsible for the drug’s psychoactive effects.

Those who used high-potency cannabis daily were four times higher at risk for psychosis than those who had never used.

People who began using marijuana at 15 or younger had a slightly higher risk of a psychotic episode than those who started using after 15 years old.

The study goes on to show that London, Paris and Amsterdam—where high-potency marijuana is most commonly available, have higher rates of new cases reporting psychosis than the other cities in the study.

The availability of cannabis containing high levels of THC is a recent situation. Marta Di Forti notes that, “Almost 20 years ago, there wasn’t much high-potency cannabis available [in the market].” The long-term effects of such high levels have yet to be concluded, or even studied.

It’s easy to say that marijuana is safe because it is only a plant, but cocaine comes from the coco leaf, and heroin from poppies. Of course, coco leaf’s and poppy plants are altered to create the drug, but if we’re creating super strength pot plants, couldn’t the same be done with those?

States with legalized recreational use of marijuana have become very competitive. As a result, many growers have begun to ditch growing for medical purposes and instead are growing with the goal of higher THC content. 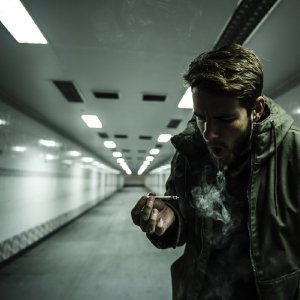