Does Being Adopted Influence Addiction?

I was born in Luga, Russia, and had a mom, dad, and three sisters. Twenty days later, my birth parents put me up for adoption. I was in an orphanage for nine months till my parents found me and adopted me. From then on, I grew up in Lexington, Kentucky. My adoptive parents never hid the adoption from me. They feared I would resent them.

I was always told my birth parents couldn’t afford me, and they wanted to make sure I had a better chance in life. For years I accepted this but had resentment towards my family back in Russia. I took these emotions out on my adoptive parents. I constantly wondered, why wasn’t I good enough? Why did my sisters get to stay but not me? What did my mom look like? Do I look like my sisters? These questions and many others continued for years.

When I hit middle school, my mom and dad sat me down and told me a second story they heard when they were in court adopting me. They told me my mom and dad had split up, and during that time, my mom fell in love with another man, and that relationship didn’t work out. She and my dad got back together, and she discovered she was pregnant. When I was born, it was apparent I wasn’t his child. I then had the resentment towards my parents they always feared I would have. I was angry. All the questions I’d been asking myself finally got answered. I was unwanted.

In middle school, I was being bullied, yet didn’t want to be home. I didn’t know how to solve my problems, so I turned to alcohol to drown them. I was drinking daily and anything I could get my hands on. This continued for years, and then I discovered drugs. At first, I was smoking weed just to enjoy the simple things and drinking so I could forget the rest. After a while, I just wanted to feel numb and forget everything. I began using cocaine, because it would keep me awake and numb me from all that was going on in my head. After a while, I began using drinking to forget and to come down from the cocaine so I could sleep.

I was destroying myself and my parents with my alcoholism, but I didn’t care. All I concentrated on was being angry at them for adopting me; not realizing they truly gave me a second chance, a better chance. It wasn’t till I pursued help at Narconon, and they helped me realize my parents had done nothing wrong. My parents gave me every opportunity in the world, and I blew it because of my selfishness and issues. Everything I’d ever wanted was right in front of me, but I was too blind to see it. I have two loving, amazing parents in front of me, and I treated them as if they weren’t good enough. I was projecting my insecurities on them, making them feel bad and question their own choices for years.

“Now I see how lucky I was, and I’m grateful for my parents. I spent so many years wishing they never adopted me, and now, all I want is to spend time with them…”

Now I see how lucky I was, and I’m grateful for my parents. I spent so many years wishing they never adopted me, and now, all I want is to spend time with them. They never treated me as if I was any different. I despised them for so many years because they weren’t my birth parents and because I, specifically, had issues with my birth mom, which I projected on to my mom.

Thanks to Narconon, I am no longer plagued with anger, resentment, and jealousy. I am grateful, happy, and blessed to be a part of my family. They gave my parents their daughter back, the one that they always hoped and dreamed of.

So did being adopted play a role in my addiction? Yes and no. While it became a motivating factor for me to use drugs and to drink to numb my pain, it was much more how I processed these emotions than the adoption itself. Once I was able to take a real look at myself and my life, I was able to realize how fortunate I was, and I began to heal from the emotions of being unwanted.

If you have a chance to help a child through adoption or an addict through support, please do it. Words can’t describe how grateful I am to my parents for making my life what it is.

Loving Parent Didn’t Save Me From Addiction

People talk about addiction being hereditary, but what about those who are adopted. One of our recent graduates talks about their experience as an adopted child who struggled with addiction. 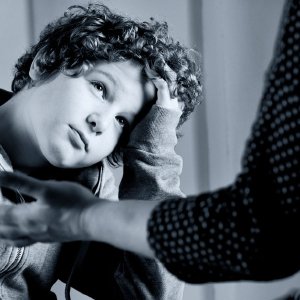 One of our graduates tells his story of how he has maintained his sobriety for two years. He talks about how with the tools at Narconon helped him strengthen and mend the relationship with his wife and daughter. 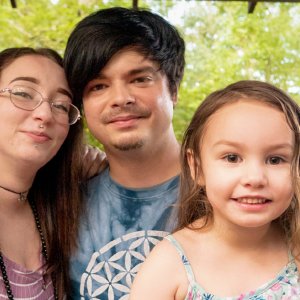