Loving Parent Didn’t Save Me From Addiction

Being brought up with parents who love you more than life itself is the most wonderful thing any child can experience. Being one of the lucky ones, I grew up with parents who wanted nothing more than to have a beautiful family of their own and give their children the world (and often went to the moon and back to do so).

“We have something to tell you that may come as
a little bit of a shock...”

I’ll never forget the first time my mom and dad told me they were not, in fact, my biological parents. “We have something to tell you that may come as a little bit of a shock,” they said as they sat me down in the living room. I was pretty young, yet somehow instantly knew a life-changing piece of information could only follow up this statement. As they explained the situation, a strange feeling started to grow. It was a feeling I couldn’t quite decipher at the time, though one that nagged at me throughout my entire life. Always there, just under the surface, in almost every decision I made.

As I have progressed in my recovery from drug and alcohol addiction, I have had to take a good look at my life and pick apart my actions, choices, and reasoning. Yet, I noticed one thing that stood out to me more often than not; a marginally obsessive desire to feel wanted, needed, a part of something. Further examination of this feeling made me realize that it was, for me, directly rooted in my adoption since I “haven’t been wanted since I was born!” So naturally, I found myself constantly trying to solve that problem and resolve that feeling. Eventually, this feeling, unbeknownst to me at the time, led me to the decision to start taking drugs. As the saying goes, misery loves company, and man, did I want to feel like I always had company, regardless of how miserable it would make me feel.

Then I started getting curious about the potential connection between adoption and addiction. In doing some digging, of 18,115 adopted children in Sweden 4.5% of them had problems with drug abuse, compared with 2.9% of the general population. In addition, among those who had at least one biological parent who abused drugs, 8.6% had their own drug abuse problems, compared with 4.2% of those whose biological parents did not have drug abuse issues. So it appears that regardless of whether or not there is a genetic history of drug usage, adopted children do have a risk of falling prey to drug addiction.

The same study found adopted children had about twice the risk of drug abuse if either their biological full or half-sibling had a drug abuse problem or if their adoptive siblings had abused drugs. My younger brother, with whom I don’t share any biological relation, is also adopted and struggled with drug and alcohol addiction. So, is it this seemingly inherent feeling of starting life out on an “unwanted” foot despite having nurturing adoptive parents? Perhaps. For me, at least, it seems to make a lot of sense, and I can’t help but wonder whether my brother, too, has had an underlying feeling of unwantedness.

Worthy of mention, however, is that I would never have had the same, overall, wonderful life I have had if I were not adopted and would never deter a willing, qualified couple from adopting a child in need of a good home. The same article noted that the findings should be reassuring to adoptive parents and to people who are thinking about adopting because they also show the importance of a positive environment, experts say.

Regardless of anything, I have found that one doesn’t see how many people in their lives do love and care about them and want them to succeed in life until one asks for help. Unfortunately, when one is in the midst of a crippling drug addiction, it’s easy to feel like no one is there for you and nothing can be done about it. One may even feel like asking for help would disappoint and upset friends and family. But the opposite could not be more accurate. The moment you get over the initial hurdle of asking for help, those who care come out of the woodwork from all directions to do all they can to get you the help you need.

Ultimate Guide to Helping an Addict

The daily average of accidental overdoses in the United States is 120.This is a very unsettling statistic, especially if you know and care about someone who is an addict. One of the hardest things is being uncertain about what to do. 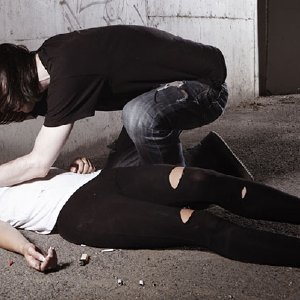