The Mistakes of the Families of an Addict

During my addiction, I had three prominent people in my life, my mom, my dad, and my boyfriend. All three of them dealt with it differently. I found these are usually the ways people commonly deal with addicts. I will break down how each of them handled it and why it didn’t have the effect they wanted it to in an effort to help others deal with addicts in their own life.

My mom would avoid me, my dad was in denial, and my boyfriend would get angry. No matter what any of them tried, it didn’t work.

One night I was in my room, and I’d been up all night doing cocaine. It was about five o’clock in the morning, and my dad asked me what I was doing. I told him I was doing coke, and he immediately shut my door and walked away and went to bed.

On my way home from work, I’d stop and pick up cocaine. When my dad asked me what took so long, I’d say traffic. I’d then say I had a rough day and would go to my room and not eat and not come out. He would cook my favorite meals, trying to get me to eat, and I couldn’t do it. My dad knew something was going on but never questioned me about it. I believe he knew I was using drugs and didn’t realize how bad it was, and if he denied it, he wouldn’t have to face it.

My mom completely avoided me, and for good reason. Growing up, I always had animosity towards my mom. I’d scream, yell, and manipulate her. I didn’t like her, and when I was drinking or using drugs, it was even worse. My mom stopped going into my room, talking to me, and wouldn’t want to be around me. She avoided it because she was too in denial about my being an alcoholic and drug addict because if it became real to her, it’d be real to everyone else. My mom refused to tell my family about what happened and completely avoided bringing me up so they didn’t ask her questions.

My boyfriend would get angry with me when I was drinking. He didn’t know about my cocaine addiction until I was about to go to rehab, but he knew about my drinking habits for a while. He was never a drug addict and didn’t know what signs to look for. I drove to his house extremely drunk. When I got there, we got into an argument. I, of course, denied the fact I was drunk, and he was getting angrier because he knew I was drunk. My speech was slurred, and I tried stumbling to the door to go home. He ended up getting me to the ground to keep me from driving. He was screaming at me, and I threw a key at him and ran out the door. Every time he asked me what I wanted to do, I’d say get drunk. That answer always perpetuated an argument. When I realized he didn’t want me around when I was drinking, and he would not tolerate my alcoholism, I stopped going to see him.

All I cared about was drinking. I was extremely selfish and didn’t care how it was affecting the people around me who cared most about me. They were avoiding me, denying my problem, and getting angry with me. I finally realized I couldn’t live that way anymore. I was so isolated; I didn’t know who to go to. My boyfriend was giving up on me, my dad was finally stepping in, and my mom was facing the fact she had a daughter struggling with addiction. They tried to get me to get help on my own and sent me to detox in town for six days that I checked myself out of. When I got home, I relapsed on alcohol in twenty minutes and coke that night. I thought I was fine and continued to push them away.

“Even though it took longer than it should’ve, I finally got defeated with myself and decided Narconon was the only way to save my life, give my parents their daughter back, and show my boyfriend I can change.”

I finally got to a point where doing cocaine and drinking all the time was a chore. It wasn’t fun anymore, and I was just doing it out of habit. My nose was throbbing so badly that my dad took me to the hospital to get it looked at because I couldn’t take the pain. I was killing myself, and my parents were sitting by watching me. Defeated, I reached out to Narconon to get help because I couldn’t live like that anymore.

Today I am sober, thanks to my parents. Even though it took longer than it should’ve, I finally became defeated with myself and decided Narconon was the only way to save my life, give my parents their daughter back, and show my boyfriend I can change. It took a lot of time, energy and effort, but so did my addiction. Today, have a good life and I want to tell anyone who thinks they will never feel whole again that it is possible you just have to take the first step of asking for help. 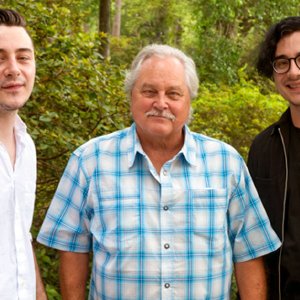 The Dangers of Drug-Fueled Relationships

Many addicts are in drug-fueled relationships. They feel pressured to use drugs and may even think they have control because their partner will keep them in check. One of our graduates tells her story of how she was in a drug fueled relationship and how the drugs ended up taking control of her life. 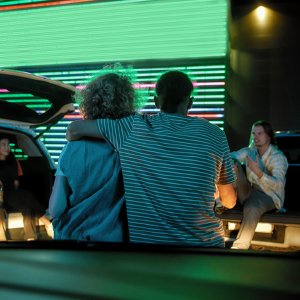