I Faced My Problems

I was born in New Orleans. I don’t remember much about living in New Orleans, but life was good from what I do remember. Katrina hit when I was five or six, though, and my family moved away and for the next seven years, we lived in North Hollywood. We moved there because my dad was in the film industry.

For the first year or two, it was a lot of fun. The school I went to was outstanding. We had yoga classes and piano classes. It was crazy how many excellent classes there were. I remember one class where we did stop motion Claymation. One of my favorite memories growing up was one time we went to Disneyland in California. I remember driving two hours from North Hollywood and how excited I was. We checked out into a hotel room, and I was blown away at the hotel and just so excited. I remember pulling a sword out of the stone and taking pictures with Mickey Mouse and the other characters. We rode a bunch of rides, but the one that I remember the best was the Tower of Terror. The ride was super long, and I remember first getting in and being so scared with ghosts appearing. I remember screaming my lungs out I was so frightened. After my fear passed, I was so excited about how cool it was, and I wanted to get back on, but the line was too long.

Unfortunately, my home life got a little rough after about two years of being in California. Life had gotten rough, or maybe it had been that way for a while, but I had just become aware of it, maybe the nostalgia of being in California kind of lost its luster. I started rebelling by stealing and smoking cigarettes. I started being in the wrong places because of what I chose to do with my time. I started hanging out with the wrong crowd.

Eventually, my family moved back to New Orleans. It was weird at first, but it was good because I was back with my aunts, uncles, and cousins. I did alright for the first year. After that, I quit trying, and by the time I was in eighth grade, I dropped out of school. I started smoking weed a lot more, doing triple Cs, Molly, Cocaine, Mushrooms; pretty much anything besides heroin and meth. By the time I was 16, I was a dad. At first, this made me slow down, and I got a job and slowing down on my drug use. After that, I would only smoke weed and drop acid occasionally, which, believe it or not, was a significant improvement.

“The things that I hated about myself eventually made me cry out for help, and a friend of mine had gone to a program that helped him out, and that was when I discovered Narconon...”

Things took a turn for the worst, though, when the mother of my child and I split. I went off the rails and got even worse off on drugs. I started smoking meth and tried heroin and after not too long, any free money I didn’t need to take care of my daughter would go to drugs. Even though I was a terrible addict by most people’s standards, I still made sure to be a dad and take care of my daughter and not expose her to the problems I was facing with my bad habits. Things just continued this downward spiral for years until I completely hated myself, was depressed and felt I was unlovable and useless. The things that I hated about myself eventually made me cry out for help, and a friend of mine had gone to a program that helped him out, and that was when I discovered Narconon.

My time at Narconon was a fantastic learning experience. It was hard for me to get to how I feel now, but nothing good comes easy. There were times when I just wanted to break down and cry and go home, but the staff and students were always there for me through my hard times and ups and downs. The Withdrawal step was good for me. The staff cared and were concerned about my well-being.

The sauna was rough at first, but I pulled through it; I had never been in a sauna before, and it was a fantastic experience. It makes you feel cleaner and clear-headed. Objectives were probably the most challenging part for me. It tested my patience and drove me crazy at times, but it helped me face my problems and become more aware of myself and the things around me.

Life Skills were the bread and butter of the program for me. It made me realize I am not my mistakes or problems and can overcome anything in my way or how I am feeling. It made my relationships stronger, and how I think of myself. I am so very grateful to Narconon and their staff for helping me become and feel like a better person. I don’t need drugs to numb the pain or hide from myself or my mistakes anymore.

The Happiest I’ve Ever Been

One of our most recent graduates tells her story of how she learned the root of her problems and how to move forward. She talks about overcoming different obstacles in the program and now can't wait to get home to her family. 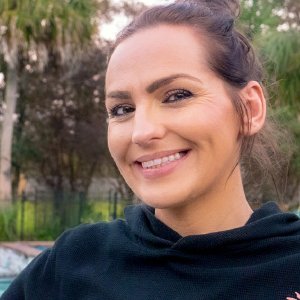