People are inherently good. We are not born with an innate desire to destroy. For whatever reason, however, at a point in the lives of some, the ability to understand right from wrong is lost.

In the case of addiction, denial and fear play a huge part in this. As with most people, most addicts are not bad. Many realize their addiction is a debilitating one. Yet, they have let their guard down for so long they are unable to gather the strength or will to right the ship. Their addiction becomes a part of them like a birthmark. Even with the pressing concern of loved ones, an addict accepts their addiction as essential to their survival while we understand the opposite is the case. Addiction to drugs and alcohol will kill if not handled. I believe no one truly wants to die. I feel they just didn’t get the help they needed soon enough.

My personal battle has been with alcohol. I spent much of my life as a social drinker. Typically, there was an occasion or event that would involve drinking, so I felt confident in my participating. Over the years, however, drinking became so much a part of my life that everything revolved around me having enough booze to get through the day. Now sober, I have time to research and reflect on addiction and alcoholism and what I find at times is staggering.

According to the Center for Disease Control, excessive alcohol use takes the lives of more than 95,000 Americans each year, or 261 deaths per day. These deaths shorten the lives of those who die by an average of almost 29 years, for a total of 2.8 million years of potential life lost. It is a leading cause of preventable death in the United States. Liver disease, heart failure, cancer, and stroke are responsible for over half of these deaths. We are all aware of the dangers caused by drinking and driving but so few are cautious of the damage drinking does over a long period of time to the body and mind.

It is important to look for the effects of alcoholism before it becomes deadly. Many don’t want to come to grips with the fact they may have a problem with alcohol. They know they probably drink unnecessarily and without the “buzz” that was once attainable. When I started to have difficulties at work, in relationships, and with family, I didn’t attribute it to drinking; I just drank more. When I started to rack up arrests for drunk driving, I didn’t stop drinking, I drank more. When I woke to the realization of not knowing what day it was or that I hadn’t eaten in a minute, I wasn’t overly concerned, but somewhat amused. I told myself this addiction would bite me in the ass big time one day, but I couldn’t stop. I pursued the acquisition of alcohol like a bounty hunter. It wasn’t until I was arrested for committing a crime while under the influence that it clicked. I was going to end up in prison or dead. My alcoholism had been growing for years. It became a do-or-die situation.

If one finds themselves looking back on failed relationships or marriages with a drink in their hand, it may be time to address the root cause. If one has become unemployable and needs a drink to compensate for the problems it causes, they need not look any further than the liquid in the bottle. I feel many see seeking treatment as a weakness or undesirable.

But it takes guts to acknowledge the faults in oneself and fix them. The time I’ve spent on my treatment program at Narconon is a drop in the bucket compared to the years of struggle I previously endured. Realizing my alcoholism is not a death sentence and seeking the guidance of those here at Narconon Louisiana has given me strength. It’s a great feeling I wish for all!

You Can’t See Your Reflection in Boiling Water

I am currently a student at Narconon New Life Retreat in Louisiana . I am here to face my addiction to alcohol. For many years I was in denial of ever really having a problem. It wasn’t until I hit “rock bottom” I realized I needed help. Much of what I had attained in life was suddenly gone. 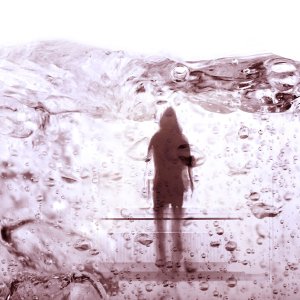 Drugs and alcohol have created many problems in my life. My father had an alcohol problem since I was young. He and my mother always fought and screamed at each other. From a young age, I learned to find things to distance myself because I hated being around them or spending any time with them. 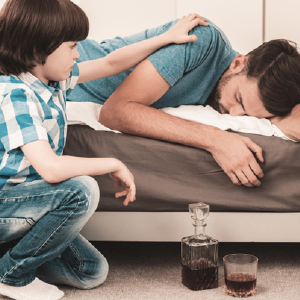