Top 12 Deadliest Drugs in the US

Drugs are one of the single greatest medical innovations, saving countless lives each year. However, for all the lives drugs save, they are also responsible for causing death as well, through both accidental and purposeful injuries. The top 12 drugs involved in lethal overdoses, accidents, and heath are:

NICOTINE—If you were to count the number of dead people due to consuming alcohol and nicotine (legal drugs) it will be still much higher than the number of people who had died because of world hunger and thirst, traffic accidents and wars put together.

HEROIN use has increased across the U.S. among men and women, most age groups, and all income levels and is the number one drug responsible for instances of lethal overdoses. During a heroin overdose, a person’s system can shut down, leading to lethal respiratory depression and slowed or stopped heartbeat. Once more, it is possible to overdose on heroin after only your first time using the drug — or the first time you relapse after weaning off it.

COCAINE is the most popular party drug involved in lethal overdoses. People who use cocaine often take it repeatedly within a short time, at increasingly higher doses in an effort to maintain their high. A cocaine overdose drastically affects the heart and often dangerously increasing heart rate and blood pressure.

OXYCODONE is an opioid medication used to treat pain. The drug is highly addictive, which means users often feel the need to increase their amount of intake to achieve the same feelings. As a result, an overdose can occur. Oxycodone addiction is often marked by lethargic behavior, decreased heart rate and labored breathing patterns.

ALPRAZOLAM, also known as Xanax, is used to treat depression and anxiety problems. Overdoses of this type of drug often result in central nervous system depression ranging from drowsiness to coma. An anxious person seeking relief may combine the drug with alcohol—a potentially deadly mix.

MORPHINE, is used to treat moderate to severe pain, but is also a highly-abused drug. Morphine overdoses will cause shallow breathing, slow and labored breathing—or no breathing at all.

METHODONE, is an opioid narcotic most commonly used to help heroin addicts with withdrawal symptoms. However, it is still commonly abused and overdoses of this drug can result in slow breathing and heart rate, severe drowsiness, muscle weakness.

DIAZEPAM, is classified as a benzodiazepine and is used to treat anxiety disorders, alcohol withdrawal symptoms, or muscle spasms. An overdose may cause dizziness, confusion, drowsiness, and unresponsiveness.

These top 12 highly addictive substances can be either smoked, eaten, snorted, or injected. With these and several other synthetic drugs, some add alcohol to boost the effects causing even more serious health risks, and pushing some over life’s edge.

Legally smoking tobacco and drinking alcohol are destructively brutal on the human organs. Stop smoking and stop drinking. Have some family, or friend monitor your prescription pain killers if you can’t, follow the Doctors directions. For those who are intentionally abusing these or other drugs, take control of yourself and seek treatment as very few people can do it on their own. Drugs will never, ever solve an individual’s problems, just make them worse.

Over the course of Trump’s Presidency, he has hinted several times at the Idea of getting tougher on drug dealers and possibly imposing mandatory death sentences for drug dealers . “Some countries have a very, very tough penalty. The ultimate penalty,” he said. 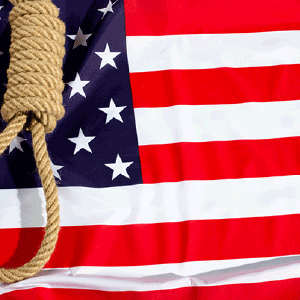