Before arriving at Narconon, my life was a disaster. I had allowed drugs to change my way of thinking about myself and everyone around me. I lost everything I loved, including myself and my daughter. I was at my breaking point. I needed help because I was unable to do it on my own and my mental health was had declined due to my meth addiction.

I started using meth when I was 17 as a way to deal with insecurities about my weight and to escape the emotional and physical wounds from my childhood. I struggled to get my addiction under control for 7 years, however, the hold on me was so strong I was never able to stay clean very long. I was able to stop during my pregnancy with my daughter and I thought she would fill the voids meth had previously filled. However, after she was about four months old, my insecurities hit again, and I found myself back on the pipe.

“When I finally hit rock bottom, I decided to give Narconon a chance, having heard about it from my sister years before. I made the decision to go and realized I had taken the first step
in changing my life for the better...”

My life spiraled out of control and in the end, I found myself surrounded by toxic people and trapped in a web of addiction that was destroying everything in my life. When I finally hit rock bottom, I decided to give Narconon a chance, having heard about it from my sister years before. I made the decision to go and realized I had taken the first step in changing my life for the better.

After just a few days at Narconon, I started to feel actual happiness and was gaining a positive outlook on life. Narconon has really made me look at things in my life and I have been able to take full responsibility for the actions that caused my family stress and pain. In confronting those issues with my family and telling them everything I had been withholding from them, I was able to regain the trust and closeness with my family I had lost. That success was huge for my family and has given me the chance to be part of the family again.

Drugs are not the answer, LIFE IS! For anyone who thinks they are not important... you are wrong! Every individual on this earth deserves all the love, beauty, and happiness this world creates for us, and I was able to find that for myself with the help of Narconon. Narconon has helped me to fight the underlying problems that caused me to be an addict which gives me hope for the future.

I Am Not a Bad Person

Before I came to Narconon, I was homeless in Las Vegas, I was doing any and every drug I could get my hands on, and I was utterly miserable. I couldn’t be sober because I would lose myself in depression if I were. Eventually, even the drugs wouldn’t get me high.

I Became Confident In Myself Again

When I first arrived at Narconon New Life Retreat , I didn't want to be in treatment at all. I was kind of forced into treatment. After getting through the Withdrawal part of the program, I met some people and started enjoying my time. Then I did the Sauna program—it was awesome. 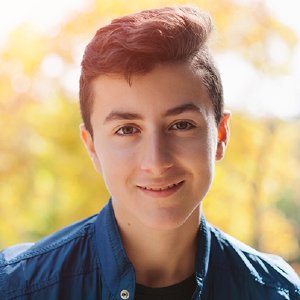