Is Addiction Really In My Blood?

As one who has suffered with addiction, I didn’t think there was anything that could be done to “cure me.” I grew up with the stories of how bad Grandpa’s gambling was and how numerous family members were alcoholics and drug addicts. I saw medical doctors, psychiatrists, drug counselors and other addicts who, upon hearing my story would nod their head and tell me they understood.

“It’s in your blood” they would say. “You’ll have this disease for life” was repeated to me like a mantra for nearly a decade on my journey to rid myself of the pain and anguish I caused myself and loved ones. This concept being based on the theory that addiction is a disease at the organic, even genetic level.

The longer I went to “meetings” and appointments with counselors and therapists, the more I believed what all of them said. I had a disease that was incurable; a disease I would have for the rest of my life. One I could only fight day to day. Treating the symptoms instead of the affliction. I began to think, feel, and believe what I’d been told was true and the best I could ever get to, would be the equivalent of a very slow, progressing terminal illness.

During a stint in rehab, where I was once again receiving counseling from an addiction counselor, I was told there had been new research that had come out on the link between genetics and addiction. The counselor told me scientists had isolated the specific gene, out of the entire human genome, that coded for addiction. She presented this very gravely, as if it was a death sentence. After a bit of debate on the validity of the information, I was informed by my counselor once again that my drug use was the result of a disease, one I must have been genetically predestined to suffer from. It felt like a being locked inside a bank vault with no hope of escape.

Not long after I got out of that particular rehab and not surprisingly, I relapsed. If anything my mindset had become such that it wasn’t even my fault at that point. Drug use was a part of me. Thus proceeded the worst year of my life. My addiction and use rose to new levels and I inflicted more harm upon myself, my loved ones and the world around me than I ever had before.

With the aid of my family the destruction was brought to a stop and I once again found myself in treatment. Yet this concept of addiction was different. I went to do the Narconon Drug Rehabilitation Program.

The basic concept was that drugs were a solution to a problem or set of underlying problems which needed to be addressed in order to handle that individual’s addiction terminatedly. That idea, however foreign, resonated more with me than any other modality had before. I was curious, excited, and for the first time in a very long time, I believed I could change. I had hope.

I remember calling my brother the day I was moved from detox onto the residential portion of the Narconon program. I told him about what I had learned so far and how this program viewed treatment differently than previous programs. My brother was happy to hear me sounding hopeful. He too was excited I was doing something new. But there was something else. I asked him what he thought about the program.

My brother proceeded to explain he had never believed the idea addiction was a predetermined genetic affliction that was incurable. You see, my brother and I are identical twins. Genetically we are exactly the same. My brother, like a number of others, had tried drugs; alcohol, marijuana, cocaine, hallucinogens, and opiates. He had experimented, used, partied, and over-did it. He’d been hung over, burned out, and wasted. However, the resounding, very real fact is my twin has never been a drug addict. Despite going through all of the same trials and tribulations I had gone through in my youth as well as being genetically the same as me, not to mention trying numerous drugs—my brother was not an addict.

The metaphor of “a ton of bricks” doesn’t even quite cut it. I couldn’t believe I hadn’t ever thought about that before. How could I have a disease that was in my genes but my brother didn’t? The only logical conclusion I could come to was—I DIDN’T.

I have since completed the Narconon program and remain drug free. I won't go so far as to say every problem I have is solved, nor will I ever be perfect. But I know I am not a drug addict anymore, drugs are no longer a part of my life and most importantly, I have not had to struggle on a daily basis from an incurable disease. Because addiction isn't in my life….. or in my blood.

Long term sobriety is possible. If you or your loved ones is struggling with addiction, please call us today. There is hope for a new and bright future.

Derek is certified as a Non-Violent Crisis Intervention Instructor from the Crisis Prevention Institute. Also a Counselor in Training with the Louisiana Addictive Disorders Regulatory Authority since 2013, he will become fully certified in 2016. As the Narconon Case Supervisor, Derek oversees all delivery of the Narconon program from withdrawal to the completion of the program. 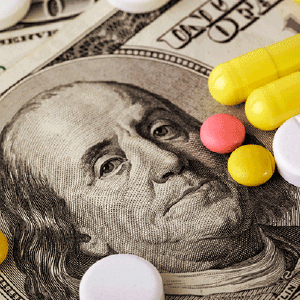 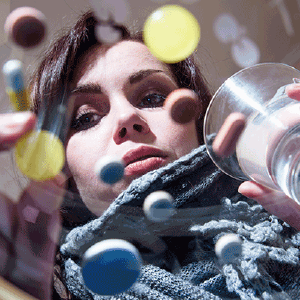