It’s no secret that drug and alcohol addiction affects not only the addict but also the family members around them. However, one particular family member, in my opinion, is often overlooked. Siblings of drug addicts often don’t know what to do to help their brother or sister. They often feel helpless and hopeless that their sibling will ever get off drugs, especially if the parents or a close relative are enablers. Sometimes, if the addict is an older sibling, the younger can feel even more despondent. If the addict is a younger sibling, the older may have a feeling of failure regarding whether or not they did all they could to set a good example or be encouraging.

“At one point on the ride home, he turned to me and asked,
‘What are you doing?’ It shocked me right out of my drunken stupor.”

My younger brother and I had never spoken about my addiction until about a year ago. He picked me up from a bar one night, and I was very intoxicated and sick. I hadn’t seen him in several months. At one point on the ride home, he turned to me and asked, “What are you doing?” It shocked me right out of my drunken stupor. As I looked at the mist in his eyes, it suddenly dawned on me. I was NOT the only person I was hurting with my drug and alcohol addiction. I had never even considered that my actions were deeply upsetting to him. He was only in town for the night, driving through, and I spent it unable even to have an intelligent conversation with him.

The next few days, I found myself really thinking about what he’d said and further exploring the concept of what emotional detriment I’d caused him. Then, I started thinking about all the opportunities I’d had to spend time with him that I blew off due to drugs. Or times I’d seen him calling and hit “decline” because I was too high or drunk to talk. It was overwhelming, to say the least, so I drowned this newfound sorrow in a bottle of whiskey.

While I was in treatment at Narconon, I was able to confront the damages I’ve caused in my various relationships, including my relationship with my little brother. I’m now able to get in communication with him and rediscover the wonderful person he is. The best part is, instead of feeling the need to beat myself up for all the heartache, I’ve been able to use the tools of communication and responsibility I’ve acquired to maintain a positive outlook. As a result, I am effortlessly focusing more on the beautiful possibilities of the future I have with my brother as well as all the good times I now have the ability to create.

So when it comes to siblings and addictions, the addict sometimes doesn’t see or understand how it affects their brother or sister. In my opinion, it doesn’t do much good to tell an addict (or anyone for that matter) how “bad” they are or what a horrible person they’ve been. When was the last time you found that negatively pointing out all the flaws of another was effective? Has someone ever done that to you? Did it make you want to change or do better? Or did it just make you feel even worse about yourself and your mistakes? However, there is something to be said about genuinely and tactfully getting someone to see the reality of a non-optimum, contra-survival situation.

Having been an addict myself, a piece of advice, if you will, since I know how one can feel very alone or as if no one cares about you while in the depths of a depression that most drugs can cause—sometimes, letting an addict know there IS, in fact, someone who cares about them and is willing to help them can be really successful. I know it certainly made a massive difference for me and my decision to get treatment.

There are answers to the issues an addict faces. There is a way to get them the help they need to pull themselves out of the darkness surrounding their addiction. There is hope for those struggling with drugs and alcohol, and Narconon has done just that for me and can do the same for you or your loved one.

Everyone comes from different walks of life. That being said, anyone can be an addict and there is no stereotypical version of what an addict should look like or be in society. There are many addicts, some you would never know unless you paid very close attention. Those people are what we call functioning addicts. 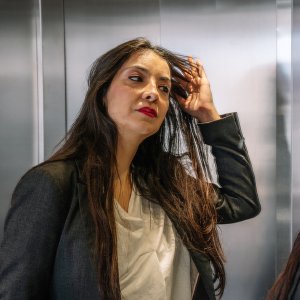 The Mistakes of the Families of an Addict

One of our past graduates tells her experience with those in her life and how they dealt with her drug addiction and alcohol abuse. She shares why her loved ones struggled to get her to change and how she feels they could have been more effective. 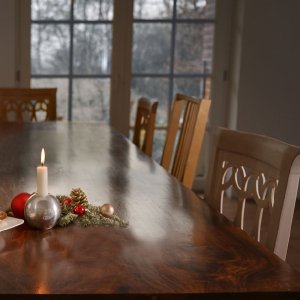