The summer going into my senior year of high school was the best. I had my best friend by my side the whole time. We’d get drunk by the pool, smoke by the river, and scream in the car to our favorite songs. We were always together and did everything together. Nothing could tear us apart, not even her boyfriend. I eventually transferred to the same high school as she and we became even more inseparable. The first half of my senior year was the last time I remember being truly happy.

A week after my 18th birthday, she and I were skipping school to go smoke pot, and she got a call from one of her boyfriend’s friends asking if we wanted to smoke with him. We, of course, would not turn down the free weed, so we agreed and met up with him at an apartment complex near our school. He hopped in my backseat, and I can still remember to this day the smile he gave me when I looked in my rearview mirror. I remember thinking, this guy is going to change my life. Little did I know it was for the worst. He asked for my number, and I gave it to him, thinking all it would be smoke sessions.

One thing led to another, and we started dating. After a while, my boyfriend started telling me I couldn’t have friends that were guys and I had to cut them off in order to stay with him. I thought it was ridiculous, and that was the first time he yelled at me. Then it turned into, “you and your best friend can’t hang out unless I’m there.” Which then led to, “you can’t hang out with her at all.”

He wouldn’t allow me to spend two hours a week with her because that added up to eight hours a month, and we’d lose all this “precious” time together. I became miserable and controlled. We all graduated together, and I was forbidden to see her, and he kept my phone during graduation, making sure I wouldn’t see her.

A week after graduation he and I and another couple we were friends with made plans to go to the Kentucky river, drink beer, and go into an abandoned mine. He and I got into an argument and he stopped the car in the middle of the road on a turn, got out again, threw his keys, wallet, and phone at me telling me to take it all. I grabbed his arm trying to pull him in the car because at that moment if a car had come around the corner, we both were going to die. He finally gets back in the car, and we drive off. He then pulls into a church parking lot so we can talk. I tried to get out of the car but he wouldn’t let me go. I fought my way out of the car and laid down flat on the ground hoping he wouldn’t pick me up to put me back in the car. A man approached us asking if I was okay, I told him yes, and we drove off.

At the time all I knew was my shirt was ripped and my chest had scratches all over it. He got me new clothes and I went home that night defeated, drunk, and with promises that he was going to change. The next morning, I saw all of the bruises all over my upper body, I had a black eye, and my ear had a cut on it. I saw a change in him for about a week and it was back to yelling, berating me, and calling me names. I went to college near home, and he moved to be close to me, and keep an eye on me. I got kicked out because I allowed myself to be influenced by his poor choices. I had nothing going for me but him.

Depression became my new reality, and I drank to forget all he was saying and doing to me. Then he introduced me to cocaine. I instantly fell in love with how numb I felt. I was doing anything I could to be numb and forget all he was putting me through. One day, after two years, he ended it with no explanation. I felt lost and alone. I was so blinded by the drugs I didn’t see how cruel he was. I eventually left him and found a new boyfriend, but the damage had been done.

I believed I wasn’t good enough to be treated so well and decided that self-sabotage was the way to go. I started drinking more and using cocaine again. After a year of being with this new guy, I was still so wrapped up in my past relationship and all he did to me. I never gave the new guy a chance. He finally realized my drinking was bad and then discovered my secret addiction to cocaine.

“I knew I needed help and couldn’t do it alone. I reached out to Narconon, hoping they could pick up my broken pieces and help me repair all the damage I had done to myself.”

I knew I needed help and couldn’t do it alone. I reached out to Narconon, hoping they could pick up my broken pieces and help me repair all the damage I had done to myself. I saw how I let this burden me and control me and I allowed it to define me. It took a lot of hard work, and I took an honest look at the choices I made and why I chose them. I realized I was allowing him to still control me in my mind. All those years of abuse were still haunting me because I never allowed myself to work through it.

Once I faced the fact I allowed all of this to occur and that I deserved to be happy and treated right, all of the pieces that were scattered slowly found their way back together. I completely cut ties with him and washed my hands of the old me. By the end of my program, I was back to the happiness I had when I was eighteen. I now know my self-worth. My abuse no longer defines me and my addiction came to an end. I learned to love myself and not be critical of myself no matter what came my way. I realized I don’t need drugs or alcohol to function day-to-day.

“Narconon gave me control of my life back and gave me the confidence that was suppressed for so many years.”

Narconon gave me control of my life back and gave me the confidence that was suppressed for so many years. I let go of my past and am now the best version of myself, and most importantly, I’m finally truly happy with who I am and where I’ve been. Everything happens for a reason, and you have two choices, you can let it define you or you can overcome it. The only way out is through and Narconon gave me the path to get through it.

Getting Back in Control of My Life

Narconon graduate talks about how his life changed during the program. Expressing his excitement to continue life’s journey with a new outlook on life. 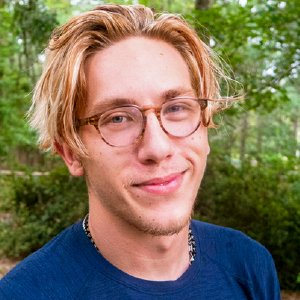