Hello, my name is April. I used to be addicted to crack. But what defines me is that I am a daughter, sister, and mother.

This is my story of how I went from being an addict to being happy again. To understand completely, one has to understand how one even got to the point where drugs and alcohol become the only choice. Maybe you believe it is due to a bad childhood and the person grew up around drugs and alcohol. While for some, that might be true. For me, my childhood overall was pretty ok, and I had a loving family for the most part. My dad wasn’t around much and then just stopped being around altogether. My mom and I lived with my grandparents, and I was really close to my grandma. She was always my rock and would be there to listen to how I felt and what I was going through.

When she passed away from cancer, I was lost and felt like I couldn’t express how I felt. I would always put everyone before myself, whether it was something they wanted vs. something I wanted or how they felt vs. how I felt. I wasn’t really close to my mom growing up, and she didn’t make it easy to talk to her about things, like how school was going or how I was feeling. She would bury herself into the TV and her games on the computer, so I felt like no one cared how I was doing when my grandma passed.

This kept building up on the inside, and over time I became numb. I was a shell that wore a mask with a smile on it, and if anyone asked, everything was “fine.” This lasted for years, and then the thing I wanted my whole life happened! I had my son, Matthew.

After the birth of my son, I suffered from confusing emotions. I knew that there was something wrong. Every time I would try to tell my mom about how I felt, I would picture her dismissing me like every time before, and I would chicken out. This became such a huge problem, and I turned to drugs.

My drug use got so bad; I didn’t care anymore. I didn’t care about my son, my family, or even myself. I didn’t care. I started using crack cocaine, and from the first hit, I was hooked. For the first time in a long time, I felt something, and I chased that feeling every day. I began stealing from my parents and my coworkers’ hard-earned tips. It wasn’t long before my mom noticed something was going on. She was a co-signer on my bank account and could see the money just dwindling to nothing. She began asking questions, but it was too late for her to break through the walls I had put up, and I was so deep inside my pain and addiction, I couldn’t even hear her.

My mom is the one who found Narconon. She told me to get into the car, and we were going for a ride. We ended up at Narconon, where we talked with someone about the program and got a tour of the campus. I finally came clean about using crack cocaine. I still didn’t think I had a problem, nor was I looking to get help. My mom and I went home, and she said, “after Christmas, you are going there.” I told her that wasn’t happening. She ended up taking my phone and car keys.

After my parents went to bed, I snuck out and had my “friend” come pick me up so we could get more drugs. I would have him drop more drugs off to me at work. One night he wasn’t answering his phone, so I took my mom’s car and her debit card and withdrew $120, and went to pick up some drugs. I smoked every last bit before going home.

When I got there, I walked through the door and saw my mom in the hallway. I walked up to her and gave her back her car keys and debit card and told her I couldn’t wait until after Christmas. I wouldn’t make it that long. I needed to go to Narconon now! On December 8, 2013, I checked into Narconon, and that is when my life took a step towards having a chance.

After I had been doing the program for about a month and had completed the sauna part of the program, I was in the course room doing drills with my twin. A twin is someone who helps you through the program. The night before, I was having a hard time. I was so upset, but I kept it locked up inside (I know... shocker, right?!). The next day, my twin and I were in the middle of one of the drills where you learn to comfortably exist, “be” in the moment. The anger was swirling inside my head, and the night before was playing over and over in my mind.

All of a sudden, everything went silent, and all I heard was, “April, let it go!” It was in my grandma’s voice, and it was something she said when I would get frustrated. As soon as I heard these words inside my head, that is exactly what I did... I let go!

Tears began to fall uncontrollably. I heard my twin asking me what the matter was and why I was crying. I told her to give me a moment and to just let me cry. She said that was ok as I continued to cry for the first time since my grandma passed in 2009. That was the first time things began to change for the better. I realized things were changing for me as a person due to the Narconon program. I also had to realize I was the only one going through the program, not my mom. So, although I was learning how to communicate again, my mom was not, and that was something I would have to learn to get through.

“My outlook changed a lot while going through the Narconon program. I discovered although my family and friends are important, I have to take care of myself first.”

My outlook changed a lot while going through the Narconon program. I discovered although my family and friends are important, I have to take care of myself first.

I am now approaching eight years sober. I love my son, and he brings so much joy to my life. My mom and I had become closer than ever before she passed away. I can deal with, handle and communicate my feelings in a healthy way. I own my own car, and my son and I have our own home. Life is good now for the most part, even though there are minor life ups and downs. Thanks to Narconon, I am able to get through them a lot better than before.

If you or someone you know feel like there is no hope for a better life or a life without drugs and alcohol, I have been there. As long as there is breath to take, there is hope to have; you just have to be willing to and ready to make it happen. Narconon is more than just a drug and alcohol rehab. It is a place that helps you look deep into your past to find the root of the problem. It enables you to find why you turned to drugs and alcohol, to begin with and help you find the solution. Narconon enables you to regain control over your life and your happiness so that you can succeed.

Long Term Sobriety and a Newfound Sense of Clarity

A Narconon Graduate tells his story after a year of sobriety. He relays the struggles he faced in life with substance abuse and prior failed treatment before finding the program that finally changed everything for him. 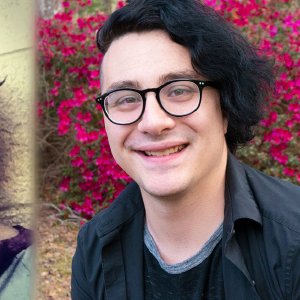